Deportations of rejected asylum seekers in Germany down 50% 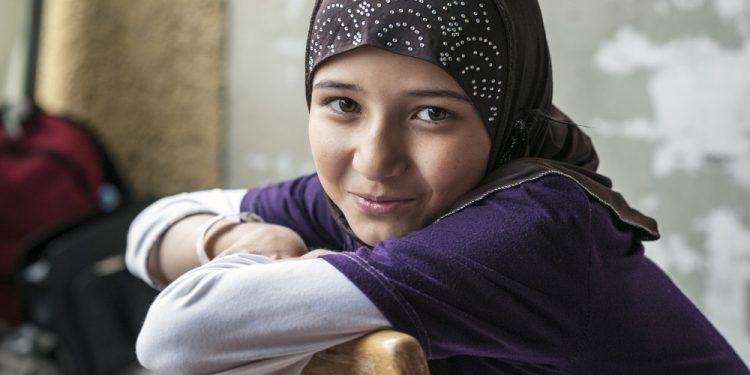 Passau, Germany - : Syrian refugee girl at a camp in Passau, Germany. The several organisations try to push them through registration fast in order to manage the critical situation

Brussels (Brussels Morning) Germany recorded a sharp drop in deportation of rejected asylum seekers in 2020, partially due to the effects of the coronavirus pandemic, Deutsche Welle reported on Saturday.

According to the Interior Ministry’s state secretary Volkmar Vogel, some 8,802 rejected asylum seekers were deported from Germany from January through the end of October in 2020.

This compares to a total of 22,097 people deported in the whole of 2019. Should the current rate of deportations be maintained, it would mark a 52% drop compared to last year.

The principal reason for the drop in deportations was the lack of commercial flights to countries of origin, caused by the air transport industry’s reaction to the coronavirus crisis.

Another coronavirus-related problem is that countries of origin sometimes refused to accept their citizens back, citing contagion concerns as a reason.

Germany previously stopped all deportations in March this year, at the onset of the global pandemic, as countries started closing their borders and most flights were suspended. However, deportations resumed as soon as the borders were opened and air traffic restarted.

The German Institute for Human Rights, which reported on the temporary cessation of deportations, urged the government to suspend deportations totally for the duration of the coronavirus pandemic.

Primary destination countries for rejected asylum seekers in 2020 were Albania, Georgia, France, Serbia and Moldova. This year, Germany also resumed the practice of deporting Afghan citizens back to their home country, despite outspoken criticism from numerous civil rights NGOs and opposition politicians.

Critics like MP Ulla Jelpke, from the Die Linke socialist party, held that, with Afghanistan remaining one of the most dangerous countries in the world, people should not be deported into “war and misery”.

Another factor that might increase the number of deportations in the near future is the expiry of long-standing practice of halting all deportations to Syria, which has been in place since 2012. Even though the blanket halting of deportation is set to expire by end of the year, state ministers failed to agree on another extension, which means asylum seekers from Syria might be processed on a case-by-case basis in 2021.