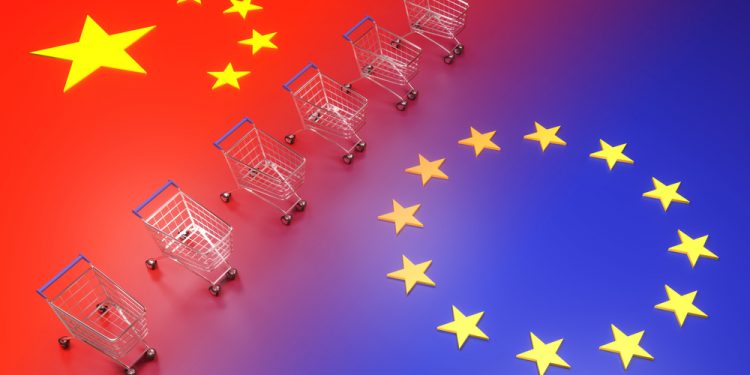 Brussels (Brussels Morning) The investment deal with China that the EU has been seeking to conclude over the last seven years is now agreed upon in principle, with the Commission intending to announce the glad tidings this afternoon.

That joy is not shared by the European Parliament, currently in recess for the public holidays and not due back in remote working mode until well into the New Year.

Also some EU member states have their doubts since the draft agreement has yet to be shared with their capitals.

An EU-China leaders’ meeting is scheduled for this afternoon between EU Council President Charles Michel and China’s President Xi Jinping to discuss the Comprehensive Agreement on Investment (CAI). .

The deal still hinges on China’s ratification of the International Labour Organisation ILO’s protocol against forced labour, something successive Chinese governments have long refused. This is due to the country’s large-scale use of both prison labour and the practice of so-called ’’re-education through labour’’ with detainees held in labour camps under administrative detention schemes, which are in direct contravention of international human rights covenants that China is signatory to.

According to the Commission, the deal as it stands is the ”most ambitious outcome that China has ever agreed with a third country”, the South China Morning Post reports. In Commission parlance, the agreement is solid and unlikely to be improved on in any further negotiations, hence the incentive to make use of the momentum to bring it to a conclusion.

Reinhard Bütikofer, German MEP with the Green party and head of the European Parliament’s China delegation, is dissatisfied with the sudden move by the Commission to conclude so wide-ranging deal, amidst controversy over China’s repression of its ethnic minorities, notably the Muslim Uighurs and the Tibetans, and such human rights abuses, as its suppression of labour movements and imprisonment of political dissidents.

”The more I hear about what happened in #COREPER with #CAI discussion, the more dubious it all looks,” Bütikofer tweeted on Tuesday with reference to the EU ambassadors’ discussion on the investment agreement with China the day before.

Poland, reportedly, wanted time to harmonise the stance on China with the incoming US administration, while Italy would have preferred to scrutinise the deal beforehand. Both France and the Netherlands raised human rights concerns, citing the Uighur labour camps in particular.

”But Germany and the Commission march ahead nonetheless. That does raise some major questions,” Bütikofer commented in his tweet, as he continued to demand more precise commitments: ”EU must insist in #CAI on a clear roadmap including a definite time table for ratification of ILO core conventions! By the way, you should raise recent human rights issues, when you talk to Xi!”

Opposition in the Parliament

As a member of the Parliament’s committee on international trade, Bütikofer is in a key position once the investment deal is reviewed. The Commission acknowledges that this is the beginning of a process that will take months, even as much as a year or two, for  ratification within the EU.

According to the SCMP, the deal relies on China guaranteeing European businesses market access in sectors such as financial services, healthcare and further opportunities for the car industry. Similarly, China would be obliged to rein in its influential state-owned businesses and to be transparent about rules and subsidies that favour its state-owned conglomerates as the new settlement mechanism ushers in a level playing field that would assure and protect European investors.

However, it is uncertain whether the agreement would provide for a binding commitment on forced labour, something the EU has been calling for in its China policy for decades, yet stil a practice under Xi’s rule. French Socialist MEP Raphael Glucksmann, who has seen the draft text along with Bütikofer, deems the provisions on human rights and forced labour too weak.

”It says to commit to advance toward a ratification of the ILO conventions, that’s what the Beijing authorities are willing to grant. Almost nothing,” Glucksmann exclaimed on Twitter on Tuesday, vowing to put up a battle against the adoption of the agreement in the European Parliament. ”European politics should not be dictated –  neither by Volkswagen nor Siemens –  but by the general interest of the Europeans and the principles that our society builds on.”

The Commission maintains that the deal would give European interests a competitive advantage.