Who are you, Ms. Kirakosjan? 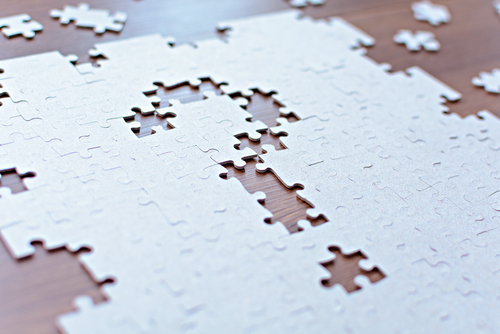 Question mark from the missing parts of the puzzle

Belgium, (Brussels Morning Newspaper) That one of the biggest, if not the biggest at all, Russian lobbying groups in the West is concentrated in Germany has been no secret to any in the past two decades. The reluctance of the German authorities to back Ukraine against Russian aggression can be related, inter alia, to the infamous Russian Trojan horse(s) inside Germany. And it is not only about Gerhard Schröder, Gazprom, or Nord Stream 2…

Recently, German media has finally turned some attention to a mysterious figure named Gayane Kirakosjan: affiliated with multiple political forces in the past, she was most recently known as a German Social-Democratic Party member and its candidate for the Schleswieg-Holschtein regional parliament. This attention was triggered by Ms. Kirakosjan’s social media post where she congratulated Russian Foreign Minister Lavrov on the occasion of his birthday, well after the Russian invasion of Ukraine had been launched.

Upon some small investigation, German journalists have managed to dig out more interesting details about her. It turns out that Ms. Kirakosjan, the ethnic-Armenian émigré from Russia with no tangible political clout and largely unknown past, has for many years been granted comfortable positions in her parties’ electoral lists for regional legislatures and received other favors. Yes, parties, as in 2017 she abruptly withdrew her Christian Democratic Party membership only to join the SPD almost immediately, which is quite a striking fact for the rather conservative German politics. Even the higher education certificate claimed by Ms. Kirakosjan was found to probably be a Mickey Mouse document, if not an outright fake. Another, more stunning, fact is that the said lady has, for years, been operating under different names – Gayane Kirakosyan, Gayane Werk, Diana Werk – which seemingly did not make her less reliable in the eyes of her interlocutors.

But how come this enigmatic person, who ran a grocery shop some 20 years ago, was able to pursue a successful political career with so immaterial affinities to the localities she was supposed to represent, and retained her surprising privileges even after switching party allegiance without a stated reason?

This small investigation has found out that she would establish connections both in Germany and elsewhere (e.g. Ibiza) or collect selfies with federal politicians and millionaires. Kirakosjan’s barely disguised numerous connections with the Russian circle of influence in Germany, from the Russian embassy in Berlin to the lobbyists and business communities. Her active participation in various activities organized by these circles and friendships with some of their notable representatives make it quite natural to suggest, given the well-known facts of the existence of the network of Russian clients across European political parties both on the right and left.

Ms. Kirakosjan`s hanging out with well-known German political and media personalities seems to have strong and straight goals. In one instance, she offered the real estate millionaire Karl-Heinz Richard von Sayn-Wittgenstein, Gayane / Dr. Diana offered him to collaborate with the Russian embassy in Germany. She did not forget about her career rise and self-promotion either: in 2015, as a CDU member under the name Diana Werk, she was elected to the Women`s Union board in Schwerin.

But this case goes a bit further, as it turned out Kirakosyan was quite vocal in speaking up for the interests of the country of her ethnic origin, Armenia, as well. On some occasions she would host German politicians in her native Armenia: Helmut Holter, the then Minister for Labor and Construction of the German state of Mecklenburg-Vorpommern, was pictured with his wife (also ethnic Armenian) and Kirakosjan at a restaurant in the Armenian capital of Yerevan.

The remarkable story of Gayane Kirakosjan, who disseminates Putin`s statements and celebrates the Russian Army Day on her social media, while befriending with politicians of federal and regional levels of Germany, is a good reminder of the corrosive impacts of lobbying on European politics, both domestic and foreign. The degradation of trust in political institutions that has led to falling voter turnout and weaker political engagement in general, failure to understand the threats to European security and hence prepare for them properly, erosion of political standards have all been among these impacts which meant Europe was caught flat-footed and unprepared for a protracted global standoff. It would be suicidal to continue neglecting these trends.