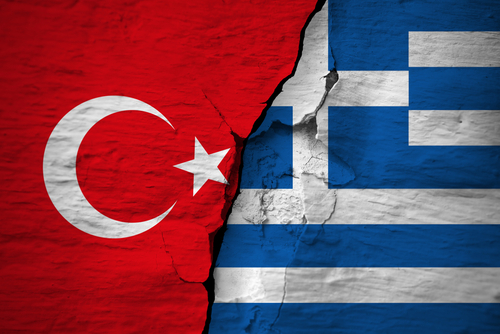 Erdoğan announced plans to cut all ties with Mitsotakis over his speech in the US Congress last week, stressing that the Greek PM broke his promise, according to The Guardian reporting on Tuesday.

Relations between Turkey and Greece apparently improve in recent months, with Mitsotakis attending a meeting with Erdoğan in Istanbul earlier this year. After the meeting, the two leaders stressed the importance of improving bilateral relations and strengthening cooperation.

Erdoğan pointed out that the two leaders agreed not to drag third countries into their disputes and stressed that “despite this, last week, he had a visit to the US and talked at the Congress and warned them not to give F-16s to us.”

He described Mitsotakis as dishonourable, noting that he did not honour the deal.

In his address to the Congress, Mitsotakis stated “the last thing that NATO needs at a time when our focus is on helping Ukraine defeat Russia’s aggression is another source of instability on NATO’s south-east flank.”

“And I ask you to take this into account when you make defence procurement decisions concerning the eastern Mediterranean,” he concluded.

Commenting on Erdoğan’s move on Tuesday, Greek Foreign Minister Nikolaos Dendias stated that Greece will not escalate tensions, stressing that “there is no need to answer in the same way.”

NATO members Greece and Turkey have been embroiled in disputes for decades, over maritime border demarcation, energy, Cyprus and migration, among other.

The US has increased its military presence in Greece and signed a defence deal with the country, which analysts say irked Erdoğan.

Greece is among the largest defence spenders in NATO and one of a few members of the alliance that honours its obligation to keep defence spending at 2% of GDP or above.

Speaking on Monday, Erdoğan pointed out “at this moment there are 10 bases in Greece” and asked “what is the reason? Who are they threatening? For what reason are these bases being built in Greece?”