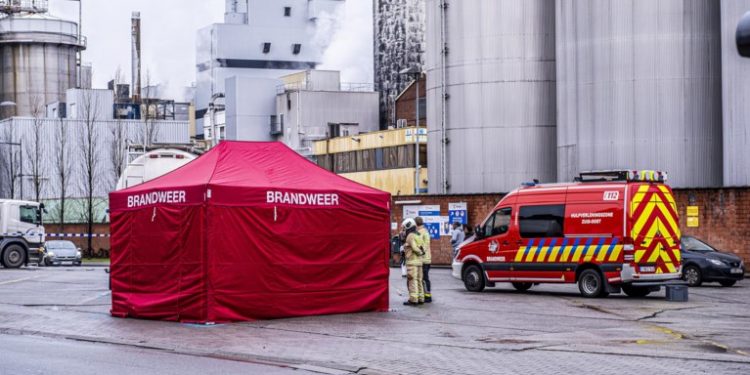 Belgium, (Brussels Morning) – Via standaard. The truck driver who killed an 11-year-old boy in the parking lot of the company Tereos, in the center of Aalst, in December 2019, has been sentenced to six months in prison. The man also received a fine and a nine-month driving ban. The police court in Aalst decided this on Monday morning.

In December 2019, Aalst reacted with shock to a fatal collision in the parking lot of starch processing company Tereos in the center of the city. Celio, 11, was hit by a truck and died on the spot. The boy was on his way to school. Local residents have been complaining about the dangerous traffic situation to the company in the center of the city for some time. In the months after the accident, truck traffic in the city center was restricted.

When the case was heard before the police court, the Polish truck driver had expressed his regret. The investigation and the camera images showed that the driver had turned into the parking lot of the company without using the direction indicators. The man should have noticed the pedestrians, the judge said. “He had passed the family with his truck and then performed a maneuver without using his turn signals.” The judge ruled that he should have noticed the family in the right-hand mirrors of his truck. “He needed to know the size of his vehicle and the possible blind zones.”

According to the police court, the accident could not have been prevented if the victim had worn a fluorescent vest, because the driver had not even seen the family. The judge did not rule on the responsibility of the company or the city ‘because neither Tereos nor the city of Aalst are parties to the proceedings’.

The prosecution had demanded a year in prison with possible postponement and a nine-month driving ban. In determining the sentence, the police judge took into account the man’s insight into guilt and the clean criminal record. There was also no question of excessive speed or intoxication. He has been sentenced to six months in prison.

The man will also receive a fine of 4,000 euros, of which 1,600 euros with deferral. “When calculating the compensation for the next of kin, account is taken of the fact that the mother, brother and sister saw little Celio die before their eyes.” The victim’s family received moral damages of up to 25,000 euros per family member. “There are only losers in this case,” the judge said.

The driver was also given a nine-month driving ban, of which three months were suspended. Because the man has a foreign driver’s license, the police judge could not link the end of the driving ban to passing driving tests. According to his lawyer Steven De Canck, the truck driver will not appeal because it concerns ‘a balanced verdict’.

The political discussion about the sense or nonsense of large-scale industry right in the center of the city is still raging.