The UK and the EU — what’s the relationship post Brexit?

by Jason Ward
in Europe, Uncategorised 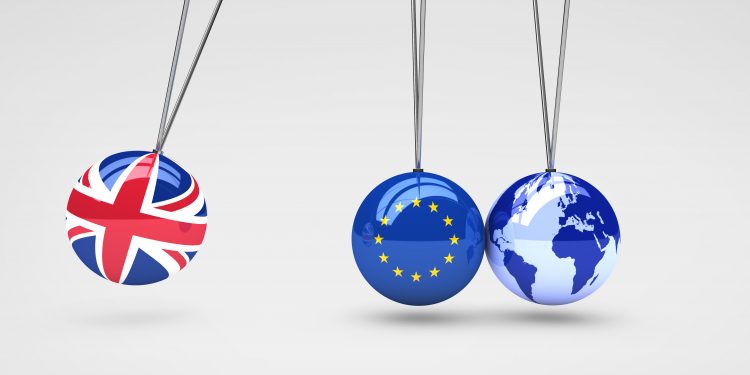 London (BrusselsMorning) After 47 years of membership, the UK officially left the European Union on 31 January, 2020. Although it departed without a trade deal, a last-minute Trade and Cooperation Agreement was signed on Christmas Eve, 2020, just a week before the ‘’transition period’’ ended on 31 December.

The UK is now free of the EU and its regulations, and everything should, by rights, have been be sorted by now. Boris Johnson and other Brexiteers had claimed that leaving the bloc would be simple. That is clearly not the case, yet it hasn’t been the disaster Remainers feared it would be either. So, what is the EU-UK relationship now, and how does the future look?

How do things stand at present?

At present, matters are not ideal for either side. Far from being over, negotiations and acrimony continue. Progress is being made, but it is taking considerably longer than expected.

The current agreement, which allows for free trade between the UK and the EU, is beneficial for all involved, especially since Europe is the UK’s prime trading partner. Goods can flow in either direction without tariffs or quotas. However, given that the UK no longer has to follow EU regulations, there are increased technical barriers, costs, and paperwork. These are causing considerable problems and will continue to do so for the foreseeable future.

One sticking point is the Northern Ireland Protocol, which was agreed in 2019 to avoid having a hard border between Northern Ireland and the Republic of Ireland.  As things currently stand, goods can move freely between the two, but goods coming from the rest of the UK need to be checked to ensure their compliance with EU regulations.

This has created backlogs and delays for NI, and since the country imports a lot of goods from the rest of the UK, this has been problematic. The result has been empty supermarket shelves and problems getting essentials like medicine. But the negotiations continue, and progress is being made.

Similarly, the new regulatory checks have made it harder for the UK to access the EU Single Market for services. This is a significant issue for the UK as services constitute around 80% of the UK economy. Again, while it is more complicated, it is not impossible, and discussions and regulatory changes to make access easier are ongoing.

However, foreign policy and defence have been negatively impacted. While some international agreements continue, mutual cooperation has generally suffered. With terrorism a major concern, this is a worrying development, but one that is likely to evolve as situations change and new threats arise.

Looking to the future, more cooperation is needed

It is hard to tell for certain how things will proceed in the immediate future. While talks and negotiations continue, the rhetoric on both sides is getting stronger and could cause problems. Although the UK is now separate from the EU, the bloc remains its main trading partner. So, even though the UK no longer has to obey EU regulations, the likelihood is that nothing much will change.

How the EU deals with countries that border it, such as Norway and Switzerland, gives some indication of the future. Deals can be made, and agreements reached. The important thing is continued discussion. It is in everyone’s interest for the kinks to be ironed out, so it is crucial that everyone involved keeps talking nicely to each other.