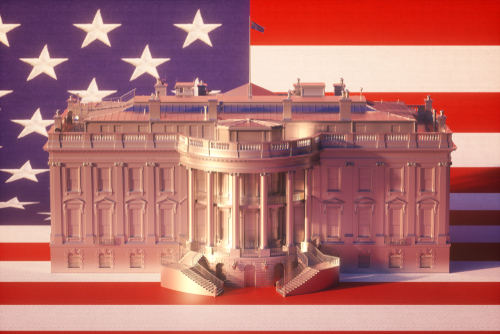 New York (Brussels Morning) The American people deserve, but have never really had, a real debate about what America’s role in the world should be. Too frequently, those, in many cases a majority of the American people, who are sceptical about a large US presence, military and otherwise, in the rest of the world, are dismissed as “isolationist.” This word is used by the foreign policy establishment to suggest shortcomings of intellect and patriotism.

In recent years, this became even more problematic as Donald Trump clumsily and inconsistently pursued a less encompassing US role in the world. Moreover, Trump draped his approach to foreign policy with the phrase “America First” which harkened back to an isolationist American movement on the eve of World War II which was sympathetic to the Nazis and trafficked in anti-Semitism. Trump may not have known this history, but it is likely that his anti-Semitic advisers like Steven Bannon and Sebastian Gorka did.

Although the bigger picture question of the US role in the world is rarely fodder for meaningful policy debates, it is still a very divisive issue. The American people have a range of opinions on the topic which vary depending on the specific case, the party in power, domestic political and economic conditions and other factors. There are similar disagreements among politicians as most presidents, with a few exceptions like George H.W. Bush, get elected after promising a reduced American role in the world.

New presidents seeking to follow through on that promise generally run into two obstacles. First, real world events frequently compel presidents to expand the US role in the world. The most dramatic example of this were the attacks of September 11th, which forced George W. Bush, who had campaigned on the promise of the US being a more “humble nation” to change course and respond to the attack. Bill Clinton found himself using the military in conflicts in the former Yugoslavia and elsewhere despite his campaign rhetoric about the peace dividend following the Cold War. Barack Obama, who became a national figure in part because of his opposition to the Iraq War, expanded the American footprint in many corners of the world.

The second obstacle is the network of thinktanks, journalists, interest groups, NGOs, government agencies, contractors and current and former government officials that constitute the foreign policy establishment. This establishment is overwhelmingly supportive of an expansive role in the world. This is in some cases due to strongly held ideas, in rare cases due to overt greed or nefarious intentions, but in most cases due to something much more banal -bureaucratic logic.

It is easier to get booked on television if you urge US action rather than say you don’t think there is much the US can do. Foundations are more likely to fund projects that recommend US action rather than the US doing nothing. Nobody gets promoted at government agencies by reducing their portfolio and neglecting to propose new projects. Contractors go out of business if they decide there is no point in spending taxpayer dollars in faraway countries. Journalists and others who believe the US should not be so involved with the rest of the world usually, and naturally, turn their attention to domestic matters.

It is this network that has swung into action to condemn not only the evacuation efforts in Afghanistan. It is difficult not to read an article or watch a video clip without some card carrying member of the foreign policy establishment explaining why the withdrawal was a mistake, why this was the wrong time or how the US is badly damaging its standing in the world.

On the other hand, it is almost impossible to hear an activist who has opposed the war for twenty years, a non-specialist who has similarly argued against the war or simply an ordinary American who does not want the US to be involved in permanent war for permanent peace speaking on a major network. On the surface, the reason for this is obvious. The former group are experts who think and pay a lot of attention to foreign policy, while the latter are not. The problem is that the former is a self-selecting group – and one of the criteria for self-selection into that group is a belief in an expansive American presence in the world. Thus, while members of the foreign policy establishment are, in some cases, smart and well-informed, they in no way represent the breadth or proportions of American opinion.

Specialists and experts can play a valuable role in explaining a conflict, providing context, describing the history and the like, but in a democracy, policy should be made by elected leaders and the media should give opportunities for a range of policy ideas. This is different to giving platforms to people who simply lie to the American people, as so many in the anti-vaccination movement do, but at this moment by only giving voice to those in the foreign policy establishment who always see a reason for the US to be involved in various countries, the media is misrepresenting American opinion and doing a profound disservice to the American people.