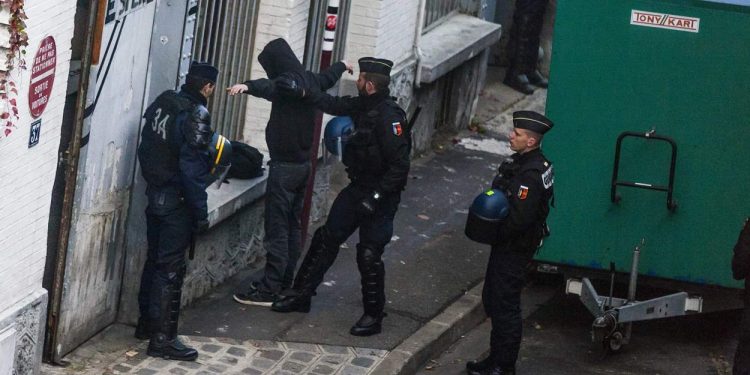 Brussels (Brussels Morning) The escalation of terrorist violence in France and Austria has brought to light, once again, the serious threat it poses to European citizens, which until recently seemed a bad memory.

Terrorism must also be defeated because it not only threatens security and public order, but also individual rights, peace and social cohesion.

The 5 Star Movement is ready to review the current European rules on the fight against terrorism. Many regulations, as well as the directive adopted in 2017 following attacks that year, must be updated to incorporate more sophisticated technological tools now available to combat the crime as well as new threats posed to European security.

No one can be sidelined in this emergency and we should not let our guard down. As proposed by Foreign Minister Luigi Di Maio, a major measure is needed to put the defence of European values front and centre.

This new strategy must first and foremost identify new and powerful instruments, such as extending the mandate of the European Public Prosecutor’s Office, currently limited to fraud relating to the EU’s financial interests. For us, the prosecutor, who will start operating in 2021, must also perform counter-terrorism and anti-mafia functions.

In addition, measures that are already underway but have reached an impasse must be implemented quickly: interinstitutional negotiations on the regulation on the exchange of electronic evidence must be concluded, as it could provide the right tools to speed up the use of electronic proof, which is now essential in criminal proceedings.

Furthermore, the anti-money laundering directives which serve to combat the financing of terrorism must be transposed by all Member States. This has not happened so far due to the opportunistic behaviour of some Member States eager to attract capital, and this is very serious.

Terrorism is acting with evolving operational, communication and financing, some of which escape cooperation, monitoring and law enforcement. Radicalisation in the online and digital world must be countered. Yet, on issues such as surveillance, detection and removal of online content, we need to strike a balance not to undermine fundamental rights.

The balance between national security needs and the protection of fundamental rights is essential for democracy and the rule of law. Finally, we need to work on cultural, social and economic instruments, affecting the root causes that lead a citizen to abandon himself to a terrorist group.

Integration policies and efforts in every education and training path must play a key role in combating the processes of extremism and violent radicalisation, promoting tolerance, intercultural dialogue, the development of the individual, and his or her full inclusion and participation in political, social and working life.

Another fundamental aspect in the fight against terrorism is the exchange of information. There are seven different databases in Europe: Sis, Vis, Eurodac, Etias, Ecris, Siena and the entry/exit system. We are waiting for these databases to be linked together, as the European Commission itself has called for, and we hope that this will happen as soon as possible.

The effort in terms of financial investment and technological adaptation of the different databases by the European Union must continue. For us, this is the right pathway to take and to work hard on, rather than improvised changes to Schengen that ride the emotional wave of the moment.

The suspension of the free movement of citizens must only take place in the event of a threat to national security, but it must never compromise one of Europe’s greatest achievements; otherwise, we would have given it to those who want to condition our lives, attack our freedoms and weaken our societies”.