Tax Avoidance Lies at the heart of Europe’s Inequality

by Marta Pacheco
in Features, In Depth 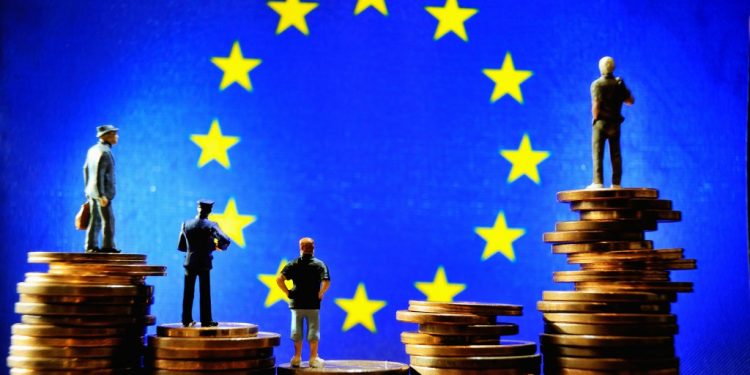 Brussels, (Brussels Morning) By the end of the year, the European Commission is expected to announce a new initiative that is set to transform business taxation for the 21st century. Earlier this year, the EU executive announced a series of measures aimed at curbing corruption by fighting tax evasion and tax avoidance, promoting good governance in the EU and beyond, as well as revising the “Automatic Exchange of Information” directive. Brussels Morning talked with John Christensen, director of the Tax Justice Network, who in 1996  blew the whistle on a fraud involving a criminal currency trader and the local subsidiary of Switzerland’s largest bank — Union Bank of Switzerland. In 2017, Christensen, co-produced the documentary “The Spider’s Web: Britain’s Second Empire”, in which he exposed in detail how the super-rich exploit the flawed tax system to escape taxes and hide their wealth, thus contributing to widening the gap of extreme inequalities in the world.

Note: the interview is divided into two parts – the second part will be published later this week.

Brussels Morning (BM): Could you tell us what is the professional trajectory one needs to follow to become a champion of equitable taxation ?

John Christensen (JC:):  I originally trained as a forensic investigator and my ambition was to make documentary movies.   In 1978 I started to investigate how financial market liberalisation was profoundly reshaping the global political economy, and because I grew up in the British tax haven of Jersey I was intrigued by the role that tax havens play in globalised markets. I could see that tax havens enable big companies and very rich people not only to avoid paying tax, but also empowered these people and companies to use their enormous political leverage to secure tax breaks, or deregulation, or some kind of subsidy.

Back in 1978 this subject was completely unresearched and you couldn’t even study it because there wasn’t a university anywhere in the world offering a course focusing on tax havens. It was as if tax havens didn’t exist. So I decided to head off and investigate by myself, completely alone. I finished my training in forensics investigation, studied for a degree in applied economics — looking at world trade and investment theory — and then I did a master’s degree in law and economics. After doing all that I went offshore. I returned home to Jersey and took a job with Deloittes in their offshore company and trust administration division. That’s the coal face where I learned how offshore works in practice.

After a couple of years with Deloittes, I was recruited to head the government economic service in Jersey, which I did for over a decade.  By the time I left Jersey in 1998 I’d gained a lot of professional experience of working inside a tax haven, in both the private and public sectors.

BM: What led you to found the Tax Justice Network?

JC:  What I learned in Jersey was that the rapid spread of tax haven activity had undermined any possibility for globalization to improve the lives of the majority of people, especially in the global South.  Worse, they had become a major threat to social stability and democracy. I discussed this with activists and anti-poverty NGOs from all over the world, and in November 2002 we agreed to launch a global network to tackle tax havens.  That’s how the Tax Justice Network came into existence.  In 2003, I was appointed as its first executive director.

BM: What have been the main cases the Tax Justice Network has brought before the European Commission?

JC: Initially we focused on transparency measures. A lot of corrupt practices — including tax evasion and tax avoidance — are protected by the absence of accounting and legal transparency. So our focus was on a new International Financial Reporting Standard for all multinational companies to require them to publish accounting information at country level, known as country by country reporting (CBCR).  CBCR reveals the ways in which big companies avoid taxes. We were successful; country by country reporting is now a global standard.

To begin with, there was a lot of resistance to CBCR, particularly from large companies and accounting firms, who claimed it would be too expensive for them to produce the information.  Being trained professionals we were in a position to challenge them, arguing that because this information is material to understanding risks at country level, all boards of directors should have access to this information, and the information should also be available to other stakeholders, including employees, investors, and the communities in which they operate.

BM: What were the Tax Justice Network major achievements?

JC: Apart from the important corporate transparency demands, we also won the argument for adopting ”Automatic Information Exchange” between tax authorities as a new global standard. Tax havens had successfully blocked this approach for many years, and I was constantly told by politicians “you will never achieve that”, and “it will not happen in your lifetime”. But automatic information exchange is now the global standard, and we can claim credit for that.

We can also claim credit for pushing for a global standard for making information about company ownership publicly available. A lot of corrupt practices are hidden behind offshore shell companies, making it hard for investigators to find out who really owns these companies. In most cases the people who are listed are not the true beneficial owners. We’ve made the case, working with anti-corruption organisations around the world, for that information to be made publicly available. The EU has accepted our arguments and implemented public registers.  So we’ve made some progress towards tackling tax havens, but there’s still a long way to go.

BM: What are the major reforms the EU should incorporate into its tax system?

JC:  We must recognise that tax regimes in the EU are increasingly regressive, contributing to levels of wealth and income inequality so extreme that they threaten social and political stability.  I identify two areas of tax policy where the EU has significantly failed to take sufficient action: the first involves the race-to-the-bottom on corporate tax rates, which is disastrous.  The EU should have agreed a common tax base and a minimum tax rate of around 25 percent decades ago.  These are important steps towards abandoning the failed arm’s length method for taxing multinational companies and adopting unitary taxation.

The EU has for a long time taken a permissive attitude towards tax competition. When talking to experts, it seems to be broadly accepted that tax competition is anti-democratic and economically harmful because the beneficiaries of tax competition are almost always multinational companies and the losers are almost always local companies. The EU’s thinking here is profoundly mistaken, and the EU needs urgently to reverse out of the race-to-the-bottom and push in the direction of enhanced cooperation to block tax havens from undermining the tax sovereignty of other countries.  If the EU wants to improve the lives of its citizens, a race-to-the-top on better regulation and more progressive taxation would be far more worthwhile than the foolishness of a race-to-the-bottom.

The second crucial step which the EU needs to take follows on from the need to tackle tax havens. Recently, the European Commission removed the Cayman Islands from the list of non-cooperative jurisdictions. How did that happen?  The Cayman Islands rank third, behind the BVI and Bermuda, on the Corporate Tax Haven Index, yet the EU drops it from its own blacklist.  Worse, the EU blacklist doesn’t include Ireland, or Luxembourg, or the Netherlands, all of which are prominent tax havens, so we still cannot take seriously the Commission’s promises to tackle this issue.  And this failure contributes in a big way to undermining public confidence in the EU itself.  The Corporate Tax Haven Index and the Financial Secrecy Index, both published by the Tax Justice Network, provide objective and independent rankings of the world’s leading tax havens and secrecy jurisdictions; the EU should abandon its politically compromised blacklisting process and substitute these indices.

[End of Part 1 of the interview]