State of the Union 2022 is too little too vague 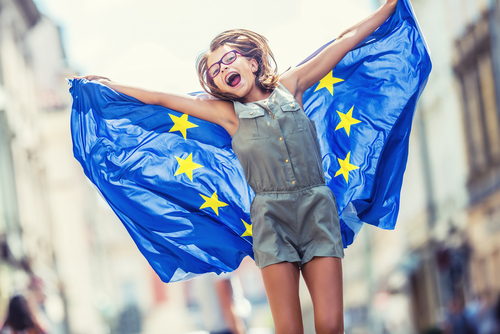 Cute happy young girl with the flag of the European Union.

Belgium (Brussels Morning Newspaper) Today, Commission President, Ursula Von der Leyen addressed the European Parliament during her annual ‘State of the Union’. Despite huge challenges and fine words, Von der Leyen did not quite live up to our expectations as financial chaos is looming due to the rising energy prices and the heart breaking war in Ukraine. Put this on top of the current rule of law crisis and natural disasters, and everyone realises a strong European and united reaction is imminent. We need measures now, not tomorrow, in order to save our Union, to reduce the energy bill of our citizens and business and such measures must go hand in hand with a clear timetable.

Ms. Von der Leyen is being forced to be a real crisis Commission President and she is aware of that. She gave a human face to Europe today. Resolutely, she spoke about unity and solidarity towards the Ukrainian people. We must prolong our military support, we have to invest in education of Ukrainian children, and we should enhance our support to refugees. It goes without saying that Russian sanctions must be maintained and, as far as we are concerned, this list should be extended to those on the ‘Navalny list’ – the 6.000 people who form the backbone of Putin’s oppressive regime, drawn up by the Russian dissident’s Anti-corruption Foundation. We have to ensure that all people involved, are targeted and no single one falls through the cracks. Hit where it hurts the most. Lifting sanctions would not bring our energy prices down and it would only let Putin off the hook for his war crimes.

In terms of concrete energy measures, the Commission President rightfully envisages to save our European economy. The proposals she put forward are in line with what our Belgian Prime Minister De Croo requested: a reform of the energy market, skimming of profits and a possible ceiling on gas prices. However, in relation to the latter, she remains a little too vague. We had expected more ambition and a concrete timetable. What is important for us now is that first, we buy together and operate as a strong player. Secondly, we need a maximum price for all gas, not just for the Russian 9 percent. Thirdly, the future task force should meet as soon as possible. Furthermore, we should decouple the gas and electricity prices and let the excessive profits flow to companies and consumers. Finally, we should make a clear shift to renewable energy and not only move away from unreliable sources, but from fossil fuels as a whole. This must be the paradigm shift and I am glad it is being put in motion by Ms. Von der Leyen. Luckily, the announcement of the Commission proposals will already have a positive effect on current prices and cause a fall, as these prices are determined by speculation. However, now it is important that all these measures happen immediately and effectively, following a concrete timeline. People and companies are going bankrupt, so measures are imminent.

In the case of foreign affairs, I equally miss a clear ‘grand vision’. I welcome that the Commission will set out its ideas on a European Political Community to reach out to countries that will not join the EU tomorrow, the reference to the Global Gateway, the proposals to further tackle disinformation and foreign influence, and deepen cooperation with the US. It is also a positive sign that corruption will be included in our global human rights sanctions regime, something we liberals have been demanding for a very long time, as this will allow us to target those on the ‘Navalny list’ with sanctions. The Commission is also determined to increase our European strategic autonomy, which is crucial if we no longer wish to be dependent on malign foreign actors that blackmail us at their convenience. Yet, she gave no real comprehensive European strategy, even now that the geopolitical order has completely changed and a brutal war is raging on European soil. Moreover, what surprised me the most was the lack of a reference to a European defence Union with a European army and a foreign minister. If this is not moment, when will it be? I am convinced we need this and I will continue to fight for it. It is our duty to be more ambitious in terms of our foreign policy. Otherwise, we will remain dependent and vulnerable to threats and extortion by our enemies. And, actually we should cancel all our dependencies. From food, raw materials and health to digital technology and infrastructure. It is great we will have a European Critical Raw Materials Act to identify strategic projects along the supply chain and build up strategic reserves for our Union, and for a Sovereignty Fund to help our industry to invest accordingly. However, we need more in order to become really sovereign and dependent. Let us make our Union a real economic and geopolitical power.

Last, but not least, I had hoped Ms. Von der Leyen would announce concrete and ambitious proposals to reform our Union. Yes, the Commission President talked about democracy, the fight against corruption and a possible EU Convention with solidarity towards our youth and mental health, but did not reveal anything else. What about abolishing the unanimity rule? What about Hungary, Poland and other member states that consistently throw our values and standards in the trash bin? They are holding our Union, our citizens hostage and this requires urgent action. Moreover, how will the Commission guarantee progress on the migration pact when we note some sort of cherry picking at Council level? This is not only thé half-year of truth for Ursula von der Leyen, it is one as well for Europe as a community, as a society of values and standards. Today, we want her to listen to the voice of the people. Let us implement their proposals and reforms now, make an EU Convention happen and prepare our Union for the world of the future.