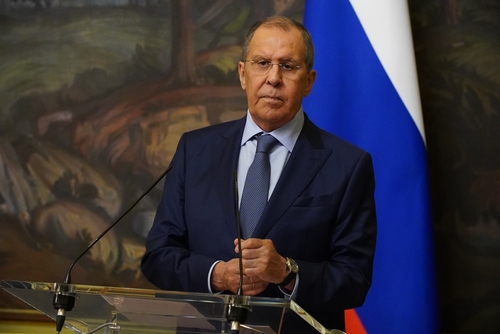 Belgium (Brussels Morning Newspaper) Russian Foreign Minister Sergey Lavrov was forced to cancel his planned visit to Belgrade as Serbia’s neighbouring countries all closed off their airspace, preventing his aircraft from being able to reach the country.

In a statement to Russian media, Foreign Ministry spokeswoman Maria Zakharova accused the west of “closing another channel of communications”. EU member Bulgaria and candidate countries North Macedonia and Montenegro reportedly closed off their airspace for the diplomat’s flight, according to Serbian media.

Serbia remains the only EU candidate country which has not imposed sanctions on Serbia, despite increasing calls from Brussels to fall in line and align with the bloc’s common foreign policy. However, as Serbian President Aleksandar Vučić keeps trying to maintain good relations with both east and west, and as a significant proportion Serbian voters are taking Russia’s side in the war in Ukraine, Vučić has yet to impose any sanctions on Moscow.

Late last month, Vučić held a phone conversation with Russian President Vladimir Putin, in which the two agreed that Moscow would keep supplying natural gas to Belgrade. Vučić, whose landlocked country is heavily dependent on Russian gas, has even boasted to the local media that they have agreed on the lowest gas price among all European countries.

Vučić, who was slow in condemning Russia’s invasion of Ukraine,  has faced increasing pressure from Brussels to join in the EU sanctions package, with the European Parliament passing a non-binding resolution in March, calling on “all candidate countries” to align with the bloc’s common foreign policy.

Lavrov’s visit was scheduled to take place ahead of the visit by German Chancellor Olaf Scholz, who is likely to put additional pressure on Belgrade to introduce sanctions on Russia. Instead of meeting with Lavrov, Vučić was scheduled to meet Russian Ambassador to Serbia Alexandr Bocan-Harchenko on Monday.