Palestine, Syria, Ukraine: the life of Marsel, a child of wars

by UNRWA
in World 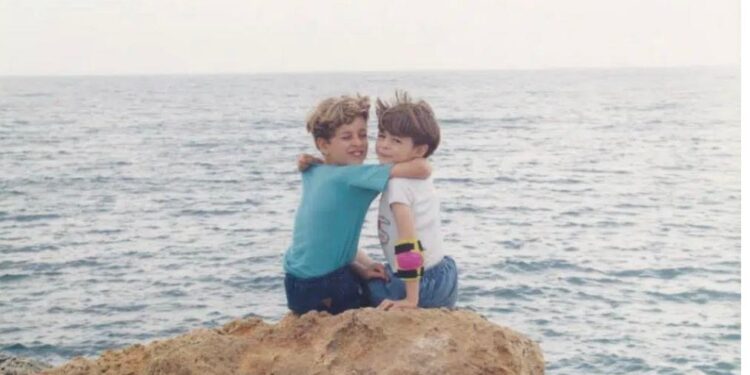 Like many Syrians, Marsel arrived in 2016 in France five years after the war began. Not on foot or on makeshift boats, but by plane, direct from Lebanon, thanks to his Ukrainian passport. “My family comes from three countries and yet today I cannot live in any of them”. A few weeks ago, his mother, Ludmila, was able to leave Ukraine to join him in Paris.

With his huge smile and his sparkling eyes, Marsel has nothing of the distressed exile. He himself assures us that he had a wonderful childhood and today has a fulfilled life as a young man in his thirties. However, his story is a condensed version of conflicts that have been going on for almost a century.

From Palestine to Syria

In 1948, with the creation of the State of Israel, Mohamed Zaki Abdo, Marsel’s grandfather, a prosperous merchant from Yafa, left Palestine to take refuge in Damascus, Syria. The family, although uprooted, was well off: a large apartment in the center of Damascus, “the equivalent of the Champs Elysees,” says Marsel. Mohammed Zaki raised his children in Damascus, with the idea that they would soon return to their country, Palestine. In the meantime, he invested in his children’s education. His son Nabil, Marsel’s father, studied in Luhansk, Donbass, Ukraine for a doctorate in mechanical engineering. There he met Ludmila Leonova, also a student in mechanical engineering.

In 1988, after their studies, Nabil, with his Palestinian/Syrian roots, and Ludmila, from Ukraine, went to live in Damascus. The family did not welcome the arrival of a “Russian” foreigner, and the two lovers had to move to Yarmouk, the Palestinian refugee district, which was (a much poorer district).  Marsel is the second son of Nabil and Ludmila. He was born in 1992. “I have only happy memories of my childhood. My older brother and I were spoiled children. We moved around a lot, but my father taught at the university, he had an enviable status at the time, my mother decided to devote herself to us and gave piano lessons”.

In the United Nations schools

“I spent my entire childhood in UN schools, UNRWA schools, the Palestinian Refugee Agency. I went to several of them. At the time, they were the best schools in Damascus. We had space, labs for chemistry, drawing workshops and above all Palestinian teachers who were totally dedicated to their work. The most educated Syrians envied our schools and would have liked to put their children there,” he recalls Marsel.

As a child, Marsel learned the piano and the guitar, he played in a troupe and often went to the theater with his parents. He practiced acting and classical dance for 9 years and became a child actor. Between the ages of 8 and 16, he appeared in 25 commercials for Syrian television and played in an educational television series broadcast throughout the Middle East. After his baccalaureate, he began studying architecture. Seven years later at university he graduated in the top 10 of the country.

The war in Syria

But the war broke out in 2011. “The first year, the war was a bit distant. Then our neighborhood in Damascus was the first in the capital to be attacked. We had to leave our apartment and go to my aunt’s house in the city center. I continued my studies, but my father started to show the first signs of Alzheimer’s.”

A sick father, a war, and little hope for the future. Marsel’s older brother is in France and has been in a relationship with a French woman for several years. “The war again… fleeing again… We decided that Dad and Mom would move to Ukraine. Even though Dad had never wanted to apply for Ukrainian citizenship as he had always dreamed of returning to Palestine, it was the easiest and safest way. It was not easy. Dad, at that time, was very handicapped by his Alzheimer’s. He couldn’t do anything by himself. They had to go through Lebanon. He couldn’t wash himself, feed himself, or do the simplest things, so he went through hell on that trip. But they finally arrived in Bila Tserkva, south of Kiev. Dad died a few months later. He couldn’t stand the change.”
Marsel left Damascus only after his parents were evacuated. With his Ukrainian passport, he was able to take a plane from Lebanon to France, enroll in a Master 2 in Grenoble and validate his degree in urban architecture. Since 2017, he has lived in Paris, which he knows like the back of his hand. “All the streets, the squares, the restaurants, I know everything. Better than most Parisians. I also know France, all of its corners. Since 2016, I have visited 21 countries in Europe”.

In Ukraine, with her small pension – about 40 euros per month – Marsel’s mother, Ludmila lived as best she could with the support of her two sons, who sent her money. But on February 24, 2022, the war returned to her. On 28 February, four days after the Russian invasion, she left Bila Tserkva. It took her four days to reach Paris with endless hours spent at the border between Ukraine and Hungary and then in Budapest train station. 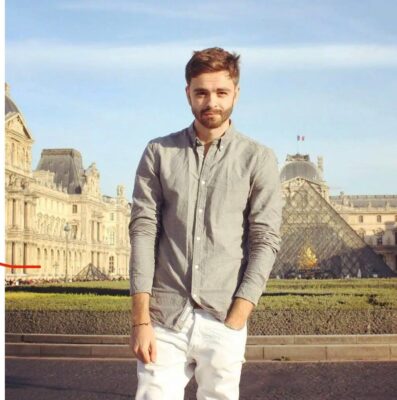 She is now in Paris. “I was able to find accommodation for her with friends who are not often in Paris. In the apartment, there is the only thing she really needs… a piano,” Marsel says. “In a few days, she got papers and help from the state. I remember the hardship of my Syrian friends when they arrived. They were not treated the same way,” recalls Marsel.

Today Marsel is a project manager in an architectural firm, after having worked for a few years in interior design and scenography for national and international trade shows.

He never really lacked work and did not need to go endure refugee status. As a student, then as an employee, he has a valid residence permit, although each renewal has made him sweat.

Now, in his new position as “project manager,” Marsel is working on the design of a school. A school for a commune of Ile de France “I speak Arabic and Russian, my paternal and maternal languages, I speak English and French, four of the six official languages of the United Nations. I am a child of international solidarity”. 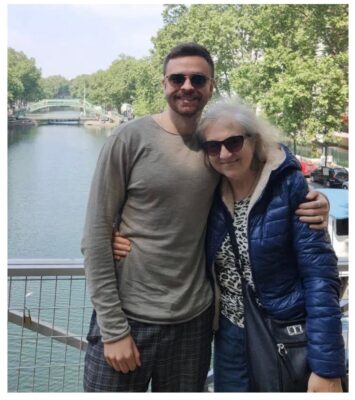 What Marsel would like is to one day design schools for refugees, schools where children can learn, play, grow, and blossom, like other children. And to give back what the United Nations schools, the UNRWA schools, have done for him.


This article was written by the representatives of UNRIC of the office in France.