Overturning Roe v. Wade Will Polarize the US Even More 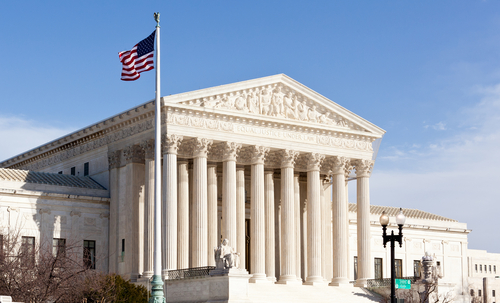 Facade of US Supreme court in Washington DC on sunny day

The USA, (Brussels Morning Newspaper) Earlier this week a draft decision from the Supreme Court, indicating that the highest court in the US is preparing to overturn the landmark 1973 Roe v. Wade decision that made abortion legal, was leaked. This development is both completely unsurprising because the Republican Party has long promised its supporters that as soon as they had the votes on the Supreme Court, Roe v. Wade would be scrapped. On the other hand, this development is very surprising because Supreme Court decisions are almost never leaked.

The fallout from the inevitable reversal of Roe v. Wade will be complex and will not simply ban abortion in the US. Rather, this decision will mean each state can set its own abortion policy. Many conservative states, like Idaho and Oklahoma, already have laws on the books that would make abortion illegal as soon as Roe v. Wade is no longer the law of the land; other similarly conservative states will almost immediately pass laws that criminalize abortion. On the other hand, more liberal states like California, New York, Massachusetts, or Hawaii will immediately have laws legalizing abortion. According to some estimates, when the dust settles a substantial majority of American women will live in states where abortion is effectively illegal. Functionally, this means that women in liberal states, as well as affluent women in conservative states who can afford to travel out of state, will still have access to abortion. The women who will not have access to abortions will be lower-income women in conservative states, who will be disproportionately African American and Latino.

Thus, in the aftermath of overturning Roe v. Wade, the distinctions between conservative and progressive America will deepen. Anti-abortion laws will be passed in the same states that are successfully legislating what teachers can say, do and teach in the classroom, where LGBTQ Americans generally have fewer rights, the carceral state is still strong and barriers to voting for people of color are being strengthened. In short, this Supreme Court decision will accelerate the US into becoming a divided country with one segment living in a modern progressive legal and regulatory framework while at least a third, and perhaps as much as half, will live in a much more conservative, almost theocratic, country.

There is precedent for the US to be segmented in this way-and overcoming that segmentation was essential for the consolidation of American democracy. Until the passage of important national civil rights legislation in the mid-1960s, the US was, with regards to racial equality, to a great extent two different countries. In the north, racism was always present and permeated governance, but in much of the south legal segregation that amounted to apartheid-like conditions prevailed as African Americans could not vote, were forced to attend poorly funded segregated schools, and were excluded from many public spaces. African Americans in the north had basic democratic rights, while those in the south did not.

In addition to reversing a hard-won right to reproductive freedom for American women and creating substantial barriers to millions of Americans should they need an abortion, overturning Roe v. Wade will return the US to these kinds of profound societal and legal differences between two groups of states. Therefore, this Supreme Court decision will also raise the big picture question of whether the US can continue to function as a unified polity. A country where basic rights ranging from reproductive freedom to equal access to the franchise vary significantly depending on the part of the country is, in some meaningful sense, already not a unified state. A country where only some people enjoy full democratic rights and freedom from oppressive religious fanaticism cannot be fully free nor democratic-but this clearly the direction in which we are heading.

Apologists for a system that denies some Americans basic rights while granting those rights to others who happen to live in another state may rabbit on about federalism and the genius of the founders, but that falls short of rigorous analysis. A system where a lower-income African American woman in California has access to abortion and the franchise, while a similar woman in Texas or Alabama faces obstacles to both does not reflect anybody’s genius, only the bigotries of some voters and some legislators.

As the two different legislative and regulatory America take shape, the political and economic differences between the two America’s will deepen, exacerbating already troublingly deep political polarization in the US. Additionally, those Americans who have the means will increasingly make decisions about where they want to study, work, and build a life based on which vision of the US they support which, in turn, will intensify the polarization even more. The question of whether or not an already frayed social and political fabric in the US can survive this is an open one.