One year on and Lebanon still awaits action and accountability 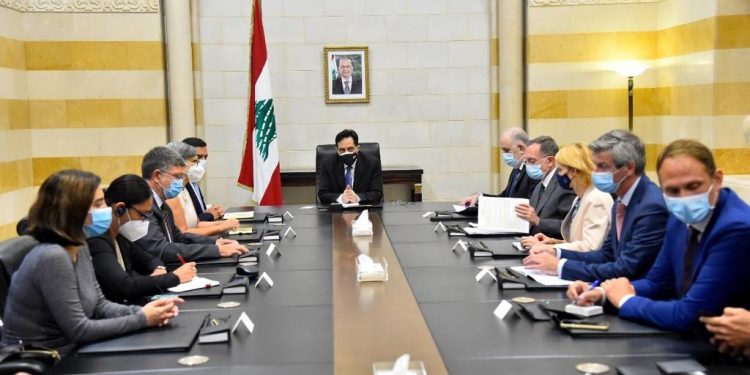 Brussels (Brussels Morning) One year after the tragic blast in Beirut, an investigation has yet to take place and impunity still pervades the politics of Lebanon. The blast symbolises the current situation. While everyday people are struggling, there seems to be a lack of political will in finding a long-term solution. In an already economically, socially and politically fragile country the COVID-pandemic and the blast have worsened the situation. Foreign interests in Lebanon and the country’s strategically important geographic position complicate the situation even more.

The visit to Lebanon was crucial for us in the Socialist and Democrats group (S&D) in the European Parliament, not only so that we could get a realistic picture of the situation on the ground but also to see what the EU can do to help. As a lawmaker, it is not enough to just sit in your office and read about a situation that you want to improve. We also have to go to places in order to be able to meet and listen to the concerns of those most affected by what happened in order to get a holistic view of what is really happening. My colleagues and I met Lebanon’s Prime Minister, the Deputy Prime Minister, who is also the first female Minister of Defence in the region, civil society organisations, youth projects, UNRWA, the UN agency that works with helping Palestinian refugees, and we visited a health clinic that is partly EU-funded. The shortage of the most basic necessities is a day-to-day reality. Young people and skilled workers are now leaving the country in hopes of finding a better life beyond Lebanon’s borders. The overall situation is, to say the least, alarming.

The politicians in the country as well as the international community have a responsibility towards the people of Lebanon. The new government needs to show political capability and implement much-needed socio-economic policies. Impunity must be eliminated, mechanisms for accountability put in place and fair and free elections held by May 2022, at the latest.

As a firm believer in the important work of UNRWA in a country that accommodates the most refugees per capita, I believe that the EU and the international community must step up to meet their share of responsibility. It is positive news that the new Biden administration has re-established Washington’s financial contribution to the UN agency, even though it has yet to reach pre-Trump era levels of support. There are clear similarities between the former Trump administration’s policies and the conservative bloc in the European Parliament given that both political entities have conducted attacks on UNRWA. This is both provocative and irresponsible considering the situation in Lebanon and the support that its people so desperately need.

We in the S&D group have scheduled a debate and a resolution on Lebanon and the way forward at this week’s European Parliament session. It is a unique opportunity for us to voice our stand. Now more than ever the people of Lebanon need us to help them make a better future possible. The only sustainable way forwards is to help Lebanon help itself.