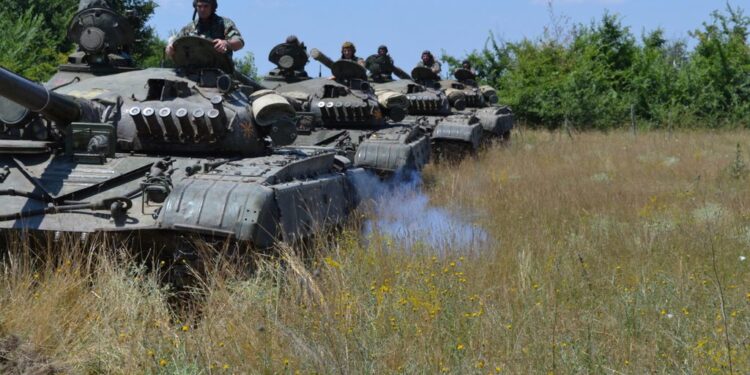 Belgium (Brussels Morning Newspaper) Northern Macedonia has donated a number of its tanks to Ukraine, saying that they will no longer be needed as the Macedonian army is in the process of upgrading the tank battalion they were a part of.

“Taking into account this situation and the requirements of the Ukrainian defence ministry, the government has decided that a certain quantity of these (tank) capacities will be donated to Ukraine, in line with its needs,” the government announced in its official release.

While North Macedonian Defence Ministry did not specify the number of tanks currently being donated to Kiev, regional media report that the tanks in question are Russian-made T-72 models, belonging to so-called third generation main battle tanks, made during 1970s and 1980s, and are equipped with reactive armour and computer-aided fire control systems.

North Macedonia reportedly has 31 such tanks, which Russia delivered to Skopje in 2001, during the short-lived insurgency in the country, led by ethnic Albanian nationalists. North Macedonia, a NATO member, is now looking to upgrade its armoured units with more modern tanks, compliant with NATO standards.

The announcement comes as North Macedonian President Stevo Pendarovski accused Russia of interfering in the country’s internal politics, claiming that Moscow is financing certain political actors within the country.

“All state institutions know that Russia is meddling in our internal affairs,” Pendarovski said. “Most recently through its people, its political subjects… Russian agents are coming from the neighbouring countries. I cannot publicly say from where, because this is sensitive data”.
In neighbouring Bulgaria, which is engaged in a heated dispute with Skopje over the position of Bulgarian minority in North Macedonia and the country’s historical heritage, Prime Minister Kiril Petkov also accused Russian spies of interfering with his country’s internal politics. Petkov’s government proceeded to expel 70 Russian diplomats, accusing them of breaching the Vienna convention and acting against Bulgaria’s national interests.