No omicron patients in intensive care in Brussels yet 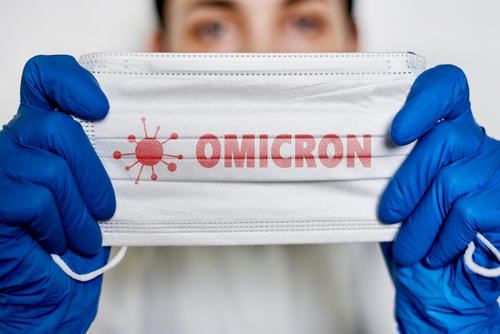 Brussels (Brussels Morning)The omicron variant of the coronavirus has resulted in unprecedented figures in the Brussels region in recent days. The number of infections recorded in recent weeks rose above 3,000 cases per 100,000 inhabitants for the first time. “A record, also for Belgium,” says Inge Neven, head of the Brussels health inspectorate according to a report by BRUZZ. The positivity ratio (the proportion of tests performed that are positive, ed.) is also very high at over 30 percent.

While the total number of hospital admissions has increased (from 350 to 450 patients in a week), Brussels hospitals did not report omi-circumcisions in their intensive care units as of Tuesday morning, where the number of covid patients is still falling slightly.

“The patients who are still in intensive care today have the delta variant,” says Neven. “So far, almost all people who end up in hospital with omicron can go home after administering some basic care. That is hopeful.”

Today, Brussels is again at the top of the contamination statistics, with four Brussels municipalities taking the lead nationally (Saint-Gilles, Ixelles, Etterbeek and Vorst). In fact, the top 10 areas consist of municipalities in or around Brussels. “A major city is usually affected earlier than the rest of the country, which you also see in the United Kingdom. In London, the peak of omicron has already passed, while in the rest of the country it is not yet the case.”

The Brussels figures also confirm that the omicron variant is very contagious. The GGC notices this, for example, in the number of high-risk contacts that take a test and also prove to be infected. With double vaccinations, 20 to 23 percent of those people also turn out to be positive. Non-vaccinated high-risk contacts even turn out positive in 29 to 36 percent of the cases.

The GGC therefore emphasizes that the basic measures against corona remain important. “For example, it’s still a good idea to avoid meeting outside as much as possible,” says Neven. “omicron may seem less aggressive, but it can certainly make you very sick.”

Vaccination also remains important as a protective measure. Since the end of December, the campaign has been extended to children between 5 and 11, and that campaign should slowly ramp up this week.

Before the Christmas holidays, there was already a pilot project with more than 1,000 children, which developed positively. “We have the capacity to vaccinate all children in that group, about 100,000 there, by the end of February. At the same time, we do not expect a stampede. We are also not yet halfway in terms of coverage among the 12-17 year olds.”