New rules for building in the city: ‘The emphasis is now on quality of life’ 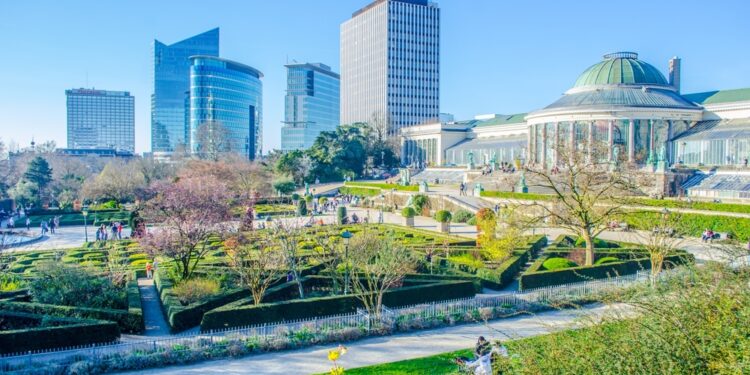 The previous Regional Urban Planning Regulation, now Good Living, dates back to 2007. It is a catalogue with very detailed rules about streets and squares, roofs and facades, but also how deep you can build in the garden. Smet completely changes that old regulation. “There are detailed rules, but at the same time a lot of deviations are granted on a massive scale. As a lawyer you think: this has to change.”

Good Living starts from the public space, only then does it deal with the built-up space. That’s no coincidence. It is here that the biggest changes are announced.

In the future, for example, when new roads are being built, a maximum of fifty percent of the streets may still be reserved for motorised traffic (parked and moving cars). The rest should go to bike paths and footpaths, or green space. Trees or shrubs in the streets are mandatory everywhere.

Separated bicycle paths are made mandatory on axes with through car traffic, parking diagonally or transversely is prohibited, as is parking in front of monuments.

Public advertising is also regulated. Billboards on private property are prohibited. Neon signs should be extinguished at night.

Furthermore, qualitative architecture must come first, with a lot of attention in Good Living for sustainability: rainwater collection, green roofs, softening, attention to biodiversity, … Also remarkable: constructing an office building without it being easily transformed into a building with homes in the future. (for example because it is built too deep), will no longer be possible.

For Brussels’ heritage, the rule is: respect for the past, but at the same time build for the future. This means that protected buildings, for Smet, can indeed be adapted to urban development. At the same time, buildings may only be demolished if there is no other option. Renovation should become the rule, says BRUZZ.

The last chapter deals with habitability. Liveability comes first here. Terraces or balconies are mandatory for new construction or major renovation, there are also minimum standards for housing and a whole new set of rules for collective housing, the so-called colivings, which are very popular today. For example, bathroom and toilet are mandatory per three rooms, and a coliving may not have more than fifteen rooms.

Finally, the obligation that one car parking space must be provided for each apartment built will also disappear. They will be replaced by more flexible rules, depending on the type of resident, the proximity of public transport or the future discussion about reducing parking spaces in public space. Bicycle parking will be mandatory again.

It seems like a lot of rules, but there is a lot of deregulation here, certainly for the urban planning part. How high or deep buildings may be built, for example, is not exactly fixed, but will always be discussed in function of the neighbourhood. More freedom is also left with regard to materials. “We want to stimulate architectural creativity,” says Smet.

State Secretary Smet admits that this could lead to more discussions with the Urban Planning Department, “but these will no longer be sterile discussions like now, but qualitative ones.” He also points to the Bouwmeester who monitors the quality and to the Brussels Spatial Planning Code, which will be reformed.

“Many of the rules which are now announced here are already being applied successfully,” says Smet.

Prime Minister Rudi Vervoort (PS) also refers to the investment climate. “Predictability is important for promoters. With this new Regional Urban Planning Regulation, we are combining objectivity with flexibility.”

Good Living was presented to the government yesterday, Thursday. Smet is convinced that it can be approved at first reading in September. Then there will be a public inquiry. Smet and Vervoort expect it to come into effect from early 2024 or mid 2024.

Tags: building in the cityCo-living