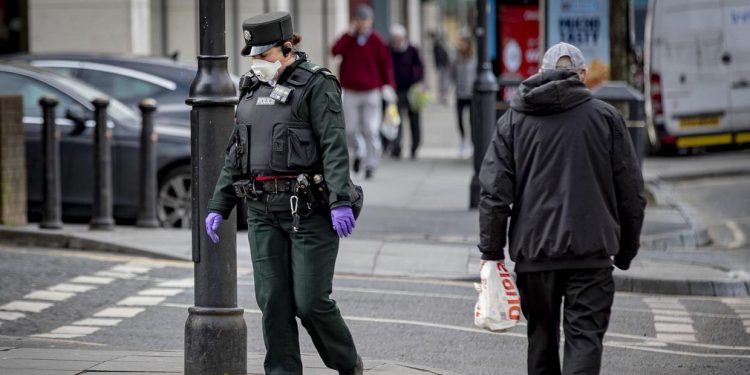 Localised COVID-19 restrictions in Northern Ireland are now enforceable by law with police allowed to fine individuals in breach of new rules.

The areas currently subject to the restrictions include parts of Lisburn and Castlereigh council area, Belfast council area, and Ballymena. A full list of postcodes where restrictions apply is available on the NI Direct website. The department has said new postcodes could be added or removed as the spread of COVID-19 changes.

The restrictions, aimed at slowing the spread of the virus, include no more than six people from a maximum of two households to socialise in a garden while indoor inter-household mixing is banned inside with some exceptions, including mixing as part of a household bubble and caring responsibilities.

As of 16 September, there were 8,780 positive cases of the virus across Northern Ireland and 573 deaths. Positive test rates have increased “substantially” since early July, according to the government, with the average number of cases per day reportedly 60 per 100,000, higher than across the whole of the UK

“Keeping the population safe and healthy is my top priority”, he said, “In order to limit the spread of COVID-19, we need to restrict contact between people, particularly within the restricted areas”.

Elsewhere, Chief Scientific Officer Professor Ian Young said that hospital admissions for COVID-19 were the highest they’ve been since July.

“I know we’re all weary of Covid,” said Roisin Devlin, Lead Nurse at the Ulster Hospital Emergency Department, “There are some who feel that this pandemic isn’t a big threat but never in my career have I seen colleagues so concerned about the incoming winter.”

Northern Ireland’s young people are among those being cautioned against not complying with social distancing rules, particularly in the student-populated Holylands.