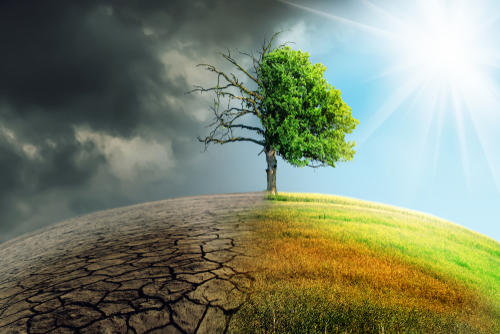 Belgium, (Brussels Morning Newspaper) Behavioural change will be vital if Europe is to meet its ambitious “Green” agenda, an international conference has been told.

Speaking at the event, Patrick Child, a senior official with the European Commission, said one of the biggest challenges is to “win the hearts and minds” of EU citizens

He said the current energy crisis and war in Ukraine had “focused minds politically” on the issue and offered a chance to “accelerate” green mobility.

“Money is a big part of the story but it is not the whole story,” he added. “We may or not get there but the current context is providing a real push”.

He was taking part in Transport Research Arena, a major 4-day conference on the future of the transport sector in Europe.

He was one of six speakers participating in a session on “Green mobility and decarbonization” on Tuesday.

Child, DG of the Commission’s environment DG, told the packed audience that the EU objectives were “very ambitious” and engaging with citizens, business stakeholders, and the transport sector “is the key.”

He added, “There is an encouraging direction of travel and the current crisis in energy and also Ukraine both offer a chance to accelerate this.”

But while “optimistic” he admitted there is “still a mountain to climb” in order to meet the various green-related objectives such as reducing emissions in the transport sector and “green growth”.

He added, “The good news is that the present energy crisis and the crisis in Ukraine has forced us to take a  serious and critical look at these issues on top of the 50-50 Agenda.”

“This puts us in a good place to make progress.”

He assured the audience of the EU’s “commitment to deliver” adding, “The Green Deal remains very powerful, strong, and necessary.”

The EU has set a target of a 90pc reduction in emissions by 2050. “The biggest challenge is to deliver on the Green Deal in making Europe the first continent to be carbon neutral.

“We still have to win the hearts and minds of citizens in this transformation. There is though a growing awareness that a move towards greener solutions and a way of living is the future.  We have an opportunity in the EU to help people with this.”

The child is also the EU’s Cities Mission Manager, a grouping representing 100 cities. He told the conference in Lisbon that some 75 pc of the population in Europe live in cities and cities account for 70pc of global CO2 emissions.

He said, “I am very excited to be cities manager and the level of ambition and commitment to work with all communities is very powerful. But I am also conscious of the need to continue focusing political attention in order to get this right.”

Charlotte Huebner, representing the shipping firm Maersk, admitted the shipping sector still had much to do to contribute to cutting emissions.

She said, “With emissions still rising in the transport sector this sector is still at the very beginning of decarbonization but I do believe that there is the political will to change this.

“We are aware that we (the sector) are very much part of the problem but the big challenge is the availability of cost-competitive fuels at scale.

“It is a classic check and egg situation: Ships owners want more fuel security but fuel supplies have their own demands.”

Another speaker, Francisco Jose Cardoso Does Reis, of Infraestruturas de Portugal, reminded the audience about recent comments by the UN secretary-general at the ongoing climate conference in Egypt, saying, “We are on the highway to Hell and we continue pushing.”

“So, yes, we are approaching Hell.”

He said that electrification of railways will be needed to meet the EU’s zero emission targets adding, “we must also shift from current transport modes to more sustainable ones.”

“Other transport modes are necessary but railways are the backbone of the transport system. We are in favor of decarbonization but all transport modes must complement each other and it is about achieving more sustainability across all modes.”

Joaquim Guerra, representing Comboios de Portugal, admitted, “Yes, there are a lot of challenges but for rail operators, I have to say that we must invest in promoting investment in more sustainable modes of transport.”

Further comment came from Luca Bedon, of GE Aviation Business, who was asked to give a perspective on the aviation sector.

He said that aviation was now consuming an estimated 40 pc less fuel than in the 1980s.

“That is the good news but the bad news is that we need to do the same in coming years in reducing consumption and, to do that, to coin an aviation term, we do face a very strong headwind.”

He called for a “transformation” of the fuel ecosystem, saying it had to “move from one which has been used for decades to a multi-configuration system.”

“The challenge here is that fuel will require a tremendous amount of energy to be produced.”

Peter Lehnert, of BMW, said, “I believe with the things we have been talking about here the glass is half full not half empty.

“We must manage electrified and green mobility in a competitive way and we at BMW have targets that we are committee too achieving. Collectively, we must achieve them quickly.”

“But the planet not waiting for us and one major challenge is that we cannot manage green mobility as a single transport sector.”

He added, “We must combine all these different things and this is something we must all fight for. Only if we achieve this will we have a chance of achieving our goals.”