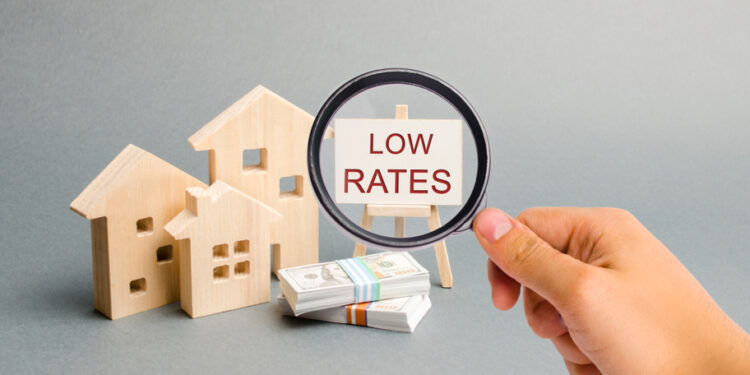 Brussels, (Brussels Morning) – While the housing market in Flanders and Wallonia is cooling down and a lot fewer compromises are being made, the decline in Brussels is rather small. “This market was not so overheated,” says civil-law notary Bart Van Opstal. He does point out, however, that further interest rate hikes weigh more heavily on the expensive Brussels market. “As a result, house prices can effectively go down in the long term.”

According to BRUZZ, In 2021, 14 percent more homes were sold and bought in Belgium than the previous year. Now there is a relapse, according to the federation of notaries. In March, 4 to 5 percent fewer compromises were signed, in April even 6.8 percent less.

Due to the high energy prices, the war in Ukraine and the homeworking policy that has yet to be finalised, many people are now looking out of the woods. “As a result, it is now slowly returning to a normal market,” says Filip De Waele of the real estate group of the same name. “Note: there are still 15 to 20 candidates showing up at a sale. But no more 30.”

There is, however, a big difference between the regions. While the number of compromises signed in Flanders fell by more than 7 percent, in Brussels the drop is limited to just 1 percent.

“The overheating therefore mainly took place in Flanders and Wallonia, and less in Brussels,” explains Bart Van Opstal of Fednot, the federation for the notarial profession. “Because of corona, people were more likely to be looking for a house with a garden, which is less to be found in Brussels. In addition, working from home was the norm, so that there was less demand for homes close to work, in Brussels.”

Because there was less overheating in Brussels, there is now less room for cooling. “Brussels was and remains a busy market, but you don’t have those high peaks,” says Van Opstal.

Another factor that plays a role is rising interest rates. These have increased in recent months from 1 to 1.5 percent to 2 to 2.5 percent. “In the long run, that can have an influence on house prices, especially in Brussels,” says Van Opstal. After all, the interest rate and the asking price are communicating vessels.

“And because Brussels is the most expensive market, a credit increase weighs more heavily than in cheaper regions.” After all, more money has to be borrowed, which costs more with a higher interest rate.

“If the interest rate rises, a loan becomes more expensive, so that you have fewer potential buyers and the price can be negotiated again. Which in the long term can cause prices to go down. But we are not yet seeing that in the market today. numbers,” said Van Opstal.

De Waele agrees. “If the interest rate rises by one percent, the borrowing capacity decreases by 10 percent, for example people can only borrow 225,000 euros more instead of 250,000. The rising interest rates effectively put pressure on the asking price, although this is not yet translated. immediately in prices. The market reacts with a delay, especially when it comes to a decline. After all, a seller wants to get the same for his home as what his neighbour got.”

According to De Waele, a higher discount, the discount on registration fees that the Brussels Open VLD is now fighting for, could have a similar but reversed effect on asking prices. If many buyers can borrow more because of this discount, this will sooner or later be translated into the prices. “The advantage is that such a discount only goes to people who will live in that house themselves, investors are missing out. But that group of sole owners is a very large market, accounting for about 50 to 65 percent of the buyers.”

What the future brings is coffee grounds watching. “That depends on various factors, but I don’t think the interest will double again,” says De Waele. “I think a lot of things have already been translated into the market. That is why I see a stabilisation in house prices rather than a large increase or decrease.”