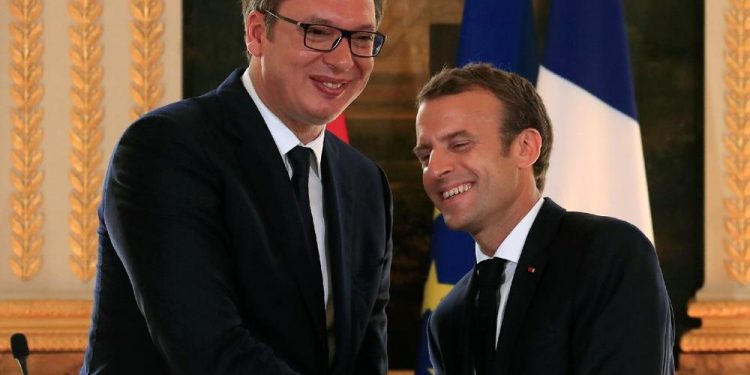 Serbia, which is in talks about joining the bloc, borders four EU member-states – Croatia, Hungary, Romania and Bulgaria. Having difficulty in procuring the sought-after European and US vaccines,  it resorted to ordering Chinese Sinopharm and the Russian Sputnik V vaccines in order to get its vaccination drive underway last month.

Macron acknowledged that France and Europe “could have been more present” in helping Serbia as he called on the EU to be “even more efficient”. “I know this is also the intention of Chancellor Merkel and President von der Leyen. We will continue in the coming weeks and months to speed things up,” Macron promised.

Serbian TV station B92 reported that Macron had welcomed Vučić’s visit, recalling fond memories of his own visit to Belgrade in 2019. Referring to the country’s lengthy accession process, which formally started in 2018, Macron acknowledged the significance of the three years of talks completed so far.

“I would like to thank President Vučić for accepting the new methodology on joining the European Union. I hope that France and the EU will be more present in the fields of culture and education,” Macron stated. The French President also cited  the importance of talks on Kosovo, which most of the EU, including France, recognises as an independent country, despite Serbia insistence that it remains a part of its territory.