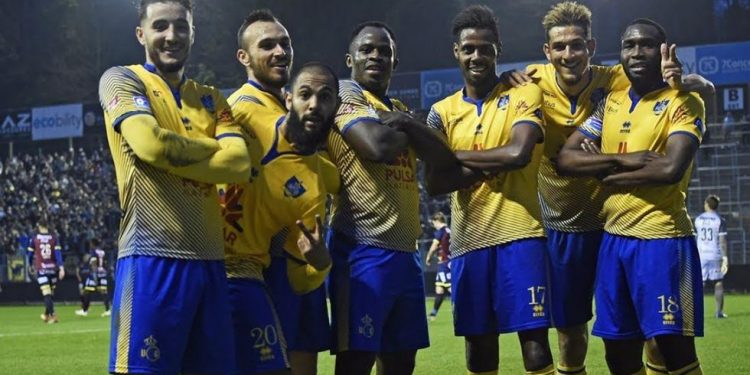 Despite the first loss since the end of November (1-3 against OH Leuven), Union remains the top in the league with 60 points. STVV moves up with 6 places to 6 from eleventh place with 34 points and retains a spot in the top 8.

In a closed first half, the Truiense visitors had the best chance together in the Duden Park. Union goalkeeper Anthony Moris avoided a deficit with an alert reflex on an attempt by Daichi Hayashi.

After the interruption, referee Bert Put put the ball on the spot early after a clear hooking error by Ismaël Kandouss on Joao Klauss. That was right up the alley of Christian Brüls (54.), who sent Moris the wrong way and controlled the kick in the top right corner.

The Luxembourg closing post also had to whip a mop ball from Robert Bauer out of the left square about 20 minutes before the end to save his team from a second goal. Shinji Kagawa (former player of Borussia Dortmund and Manchester United, among others) was allowed to make his debut for STVV in the final minutes. He came to relieve match winner Brüls.

At the start of injury time, the Unionists still had an ultimate chance to equalize when they were awarded a penalty themselves. Dante Vanzeir, however, succumbed to the stress and blasted high over.

Earlier yesterday, Racing Genk beat a weak Standard 2-0 in its own Cegeka Arena.