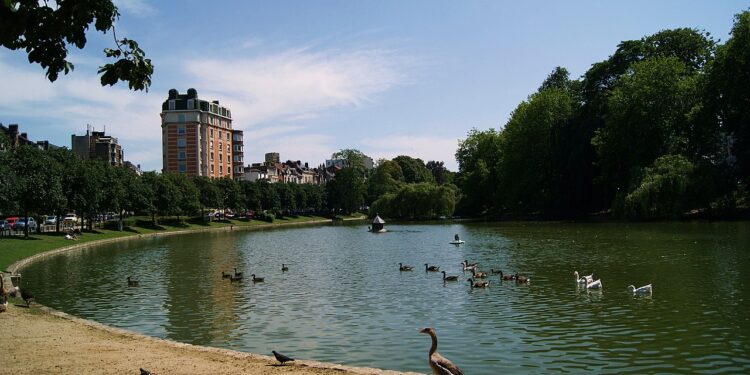 BRUSSELS (Brussels Morning) – On Tuesday night, a drowning man in critical condition was removed from the pond at Place Flagey. This rarely happens, the banks are therefore off limits. The municipality is working on a renovation plan for the zone, which is mainly aimed at improving mobility around the ponds, strengthening the green network and restoring damaged bank walls.

Just after midnight Tuesday, a passerby noticed that a man was in the pond, about to drown. She not only called the fire brigade, but also stayed on site to point out the place in the water where she last saw the man. The drowning person was eventually taken to hospital in critical condition, the exact circumstances are not yet known.

“In itself this is a rare occurrence,” fire service spokesman Walter Derieuw responds to BRUZZ, who, when asked, said that in the past three years the fire service had only had to turn out once for an emergency situation around the ponds of Ixelles, in December 2019.

It was then about a homeless person who had ventured into the cave by the pond, and had fallen there. In the same period of time, the fire brigade had to turn out a total of 59 times for drowning people: 55 times in the canal, and also twice in a pond in Bosvoorde and once in the Kruidtuin Park.

Elsen’s Alderman for Urban Planning and Heritage Yves Rouyet (Ecolo) points out that it is forbidden to crawl over or under the fence around the ponds to enter the banks. “This is a classified, protected site, so we can’t just change the balustrades either. But I’ve never heard of anyone falling into the pond either.”

Rouyet does acknowledge that there is a problem with the cave, which sometimes people want to sleep in. This was probably also the case in 2019. “You can only get there by entering the bank, but we should better forbid access to the cave.”

The municipal council is working on a plan for the redevelopment of the area. Rouyet’s fellow alderman Audrey Lhoest, responsible for Green Spaces and Plantations: “We want to redesign the surrounding area without touching the ponds. The site is protected and must retain its identity.”

Even though the banks are indeed off limits to protect the fauna and flora present, Lhoest recognises that there is a certain tolerance for violations. “But the banks are very steep. Whoever enters them at night endangers not only biodiversity, but also possibly themselves. Accidents can happen, although they are rare.”

The municipality plans to restore the banks, the stone parts of which are in poor condition.

In addition, the redesign should also ensure that the fauna and flora around both ponds become better connected, and a kind of circular walk becomes possible, although, according to Lhoest, the knots around this have not yet been cut. The two ponds themselves will not be touched, they were recently dredged again. In addition, the redesign should also improve mobility around the ponds.