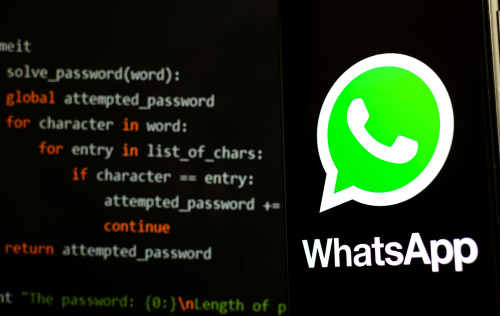 Brussels (Brussels Morning) The government of Israel has set up a team to look into the growing accusations of abuse surrounding the Pegasus spyware software, which was developed by the Israeli NSO Group and sold to a number of governments in the world, on the basis of permission granted by Israel’s Ministry of Defence.

Citing sources within the government, Reuters reports that the inter-ministerial team will be led by the country’s National Security Council, which is under direct control of Prime Minister Naftali Bennet. The Council was reportedly brought in because its areas of expertise are considerably broader than those of the Defence Ministry.

However, another source contradicted the initial report, claiming that the Council was not involved, and that the probe would be carried out by a task force consisting of senior defence, intelligence and diplomatic officials.

The Pegasus software, and its developers, came under international scrutiny following an investigative report by 17 media organisations, which based their investigations and analyses on a leaked list of phone numbers, allegedly representing potential targets for the spyware. While it remains unclear how many of the listed numbers were actually targeted and infected by the software, the international media group identified more than 1,000 of the numbers on the list.

Initial reporting raised concerns about the rule of law in Hungary, with several journalists and opposition members allegedly targeted by the software. French prosecutors opened an official probe after receiving a formal complaint from an investigative news outlet and two of its journalists, whose numbers were also found on the list.

On Wednesday, reports that the list included the phone of France’s President Emmanuel Macron raised additional concerns, prompting the French government to push for a series of investigations into the matter.

The NSO Group, the developers of Pegasus, has rejected the claims made by the investigative concern, insisting that the reporting is not based on facts. NSO contends that the report is full of “wrong assumptions and uncorroborated theories”.