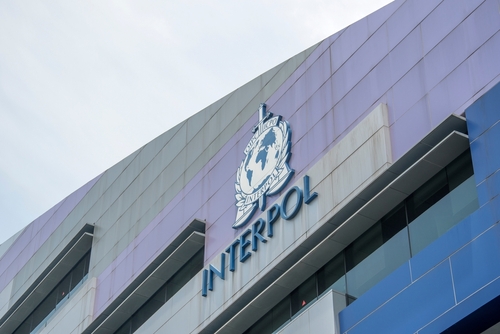 Brussels (Brussels Morning) Global rights organisations are warning that two of the three candidates running to be the next president of Interpol have appalling human rights track records. They are urging governments to prevent the erosion of the organisation’s international standing that they claim would inevitably follow should either of the two be elected.

The 89th Interpol General Assembly opened in Turkey on Tuesday, with some 470 police chiefs, ministers and senior law enforcement officials from some 160 countries participating in the three-day, in-person event.

The key decision to be reached is who will succeed South Korea’s Kim Jong Yang as Interpol’s president in 2022. Kim’s appointment was not without its own controversy. He was promoted from the vice-presidential position after then incumbent president, Meng Hongwei, disappeared when visiting China in 2017.

The Chinese official was accused of corruption by his home country and sentenced to 13 years in prison, charges his wife insists were trumped-up and political in nature. She remains in France with their children, and is under constant police protection.

China has again put forward a candidate for the position, Hu Binchen, currently the deputy director of the international cooperation department in the Ministry of Public Security. Some 50 lawmakers from 20 countries have called on their governments to oppose Hu’s candidacy, warning that his election would signal “a green light” to China’s government to “continue misusing Interpol”.

Human rights groups have likewise warned that a Chinese president could endanger thousands of Chinese political dissidents currently at risk around the world. Historically, Beijing has used Interpol’s red notice system to harass Uyghur activists, who are flagged as terrorists by China.

Another controversial candidate, Emirati Major General Ahmed Naser Al Raisi, is accused of supporting the torture of two British men held in UAE prisons. He is also believed to be responsible for the inhumane treatment of political dissidents currently in the country’s prisons.

The UAE also has a history of abusing Interpol’s red notice system, often using it to settle debts with foreign businessmen, and, on occasions, for such demeanours as rejected credit cards.

The least controversial candidate is the Czech veteran Interpol officer Sarka Havrankova, who has worked in the country’s national central bureau for more than 26 years. However, unlike Al Raisi or Hu, Havrankova doesn’t have a rich or a powerful government backing her candidacy, making her the least likely to be elected.