Germany paves the way for a new energy security policy 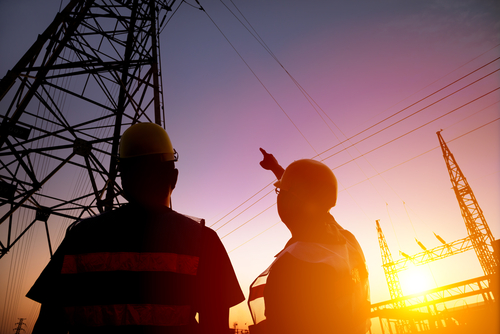 Two days after the release of a new EU industrial strategy, the Bundestag amends Germany’s Mining Law to allow extraction of lithium from thermal waters via “sustainable” processes. The move is linked to the EU strategic goal of reducing dependency on foreign suppliers in six key industrial sectors.

Geologists estimate Germany could hold the biggest deposits in the world of a mineral that is key for the production of electric vehicles.

The move is linked to the EU strategic goal of reducing dependency on foreign suppliers in key industrial sectors. The German legislation promises the use of “sustainable” or “minimally invasive” processes.

Critical raw materials and high-tech metals are indispensable for the energy and ecological transition. The expansion at scale of renewables depends on a bunch of exotic-sounding minerals and metals such as indium, tellurium, gallium, and rare earths. These materials are also needed to produce transmission and distribution grids, electric motors, energy storage systems, and advanced electronics.

The electrification of the economy and Germany’s strategic auto industry depends on the exploration of lithium and cobalt.

“More than 70% of global production of cobalt, rare earths and tungsten is subject to export restrictions”, according to an EU Commission report (see below). For half these materials, Europe depends on Chinese supplies.

The end of a fossil fuel economy does not mean the end of a dependence on natural resources for the production of energy. However, unlike fossils fuels, many of these materials, are fully recyclable. Lithium and cobalt, for example, can be used over and over again. This reduces dependence on imports and enhances the importance of circular economy models and industrial symbiosis, two dimensions of the EU’s post-fossil economic policy as evidenced in the Commission’s Hubs for Circularity initiative.

In the new era of high-paced decarbonisation, global geopolitical calculations change. China is seen as a necessary partner. Without Beijing, it is impossible to reshape global trade rules and set industrial standards. However, China also emerges as the block’s main strategic rival and economic competitor, which adds to the significance of securing access to strategic resources.

As this column pointed out last week, the repatriation of some supply chains is not only a consequence of worsening global tensions and fears of a “rising China,” but also an integral part of an environmental sustainability strategy.

To achieve ambitious environmental objectives, governments will not only have to minimise greenhouse emissions but must also shorten their supply chains to ensure fewer emissions and protect biodiversity.

Timber is a case in point

Almost a year ago (July 2020), China introduced new legislation for the sustainable management of its forests, to ensure more stringent regulation of its logging and timber trade with the introduction of a tight monitoring system. Because China is the world’s largest importer of legal and illegal timber, the new regulation is projected to have global significance.

Europe is also a major importer of natural resources so its imports can determine the carbon intensity of the economies of many developing countries. Much like in China and the United States, consumers in Europe drive deforestation world-wide, including virgin forests in Indonesia, the Amazon, and beyond. Key to this destruction are the logging and meat industries.

For this reason, the EU and some member states are considering the adoption of supply chain laws that will hold companies and their management directly responsible for the environmental damage they cause. The trend-setter in Europe is The Netherlands, where companies are subject to supply chain audits for child labour, with significant administrative fines and criminal penalties for non-compliance.

The EU is moving to set environmental and climate benchmarks across the bloc and to embed them across trade and investment deals. This is true for the Comprehensive Agreement on Investment (CAI) signed with China at the end of 2020.

The system of international trade rules needs be adjusted for the transition to a climate neutral economy.

Norms that are seen through the lenses of geopolitical rivalries may yet prove to be another aspect of the global fight against climate change. The term to watch for is “re-localisation”, the shortening of global supply chains and the repatriation of key aspects of production with a view to decreasing unnecessary emissions and increasing resource efficiency.

The strategy will be applied in Europe and China, both of whom are beginning to move in that direction, as can be seen both in China’s 14th Five-Year Plan and the European Commission’s industrial policy, presented in 2020 and updated last week.

The European Commission has both environmental and industrial policy objectives.

One of the key words is “resilience”, given that the Commission has to ensure the EU builds supply chains that can withstand global pressure, such as a pandemic or a trade war. “The COVID-19 pandemic has caused some limited, but important disruptions in global value chains that had negative impacts on specific essential products, such as medical supplies”, according to the Commission.

To take stock of lessons learned, Brussels will incentivise stockpiling, the pooling of resources, industrial synergies and alliances.

The Clean Hydrogen Alliance and the Battery Alliance are case studies of EU-backed clusters of industrial stakeholders that include corporates and local authorities capable of delivering commercial and strategic value in a distinctly European fashion.

To ensure “a level playing field”, the Commission will also take measures to combat subsidies, while assisting member state industries to rebuild or develop capabilities in key sectors.

It is axiomatic that the EU remains an open and export-oriented economic zone. The very history of the EU as a zone of economic functional interdependence suggests that global value chains contribute to peace and stability. Interdependence is a good thing and global supply chains allow corporates and governments to hedge their risks, absorb shocks, and reach global objectives through concerted action. Nonetheless, competition is competition.

In an era of electrification, battery technology will be a strategic sector of competition. The European Battery Alliance, which is led by Commission Vice-President Maroš Šefčovič, is just one example of this web of synergic policies and actions that Brussels is spinning to make sure the objectives of the Green Deal can be achieved.

Brussels announced a new Batteries Regulation in December 2019 that centres around sustainability and circularity. The strategy includes provision for vital consultations on sustainable raw materials mining, an industry in which the EU aspires to set new global standards.

Fostering new industrial capabilities can contribute to job creation and help bridge regional disparities, which are objectives of the Just Transition Fund. Member states were encouraged to integrate battery projects into their national recovery and resilience plans, leveraging the inherent synergies of a variety of upcoming EU policies.

With the amendment to the Mining Law passed last Friday, Germany aims to free itself from dependency on predominantly Latin American suppliers.

While this is being portrayed as a major standoff in China, with media platforms highlighting it in dramatic terms, the German legislation is not specifically targeting Beijing. Indeed, China is a lithium producer, but the main exporters are Chile, Argentina, and Bolivia.

However, to ensure strategic control over key natural resources, in line with EU policy guidelines, Berlin is also planning to extend regulation on foreign mergers and acquisitions in strategic sectors, a move that is probably more geared towards China.

Lithium is considered the “new white gold”. The demand for the light metal in global markets is high and supply is scarce. Since September, the metal has featured on the European Commission’s list of critical raw materials for which a supply bottleneck is to be feared. Lithium is urgently sought after nowadays for battery storage in products ranging from mobile phones to electric vehicles. Alongside Germany, the Czech Republic and Portugal are also planning to invest in this field.

The EU is also backing research in the development of European battery cells to the tune of billions of euro, in its pursuit of products that will meet innovation and sustainability benchmark requirements. Among the criteria is that the lithium is produced locally and does not have to be transported halfway around the world.

Research and innovation projects and pre-industrial pilots will test effective ways to prevent harmful waste from entering the environment. A key requirement, as the German Greens have made clear, is to avoid any negative impact of lithium extraction on groundwater and nature at large.

The challenge of industrial competitiveness and greening transition are gradually becoming indistinguishable.