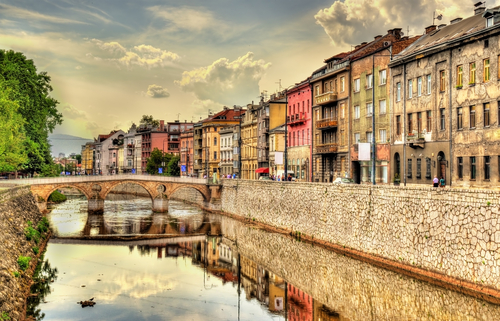 Brussels (Brussels Morning) Germany’s Minister of Foreign Affairs, Heiko Maas, has strongly criticised the idea of Balkanising Bosnia and Herzegovina as has been proposed in an unofficial EU diplomatic note, according to Reuters.

He stressed that Germany was opposed to the plan to redraw borders along ethnic lines in the Western Balkans, adding the idea was “put back into a drawer.”

Dividing BiH along ethnic lines to create a Greater Albania, a Greater Croatia and a Greater Serbia, according to the note, could resolve friction in the region that is holding up enlargement of the EU.

BiH, sees the idea as an implicit threat to its territorial integrity.

Maas strongly disagrees with the idea

“The idea that things can be solved with new lines on a map is not only unrealistic, but it is dangerous to even initiate this discussion”, Maas declared, reiterating that “the idea of a shifting of borders is one that the German government vehemently rejects”.

A diplomat in Brussels stated that EU member states had not discussed the idea.

According to media reports, Janša sent it to Michel for consideration as an EU approach to the Western Balkans when Slovenia takes over the helm of the bloc in July.

After the death of Yugoslav President Josip Broz Tito in May 1980, ethnic tensions in former Yugoslavia escalated and culminated in the dissolution of Yugoslavia in 1992 and the Yugoslav Wars that ended in 2001.

Approximately 100,000 people were killed in BiH in the 1990s as Croats and Serbs formed self-proclaimed proto-states.Croatia and Slovenia have joined the EU since and other former Yugoslav countries have expressed their interest in joining the bloc.