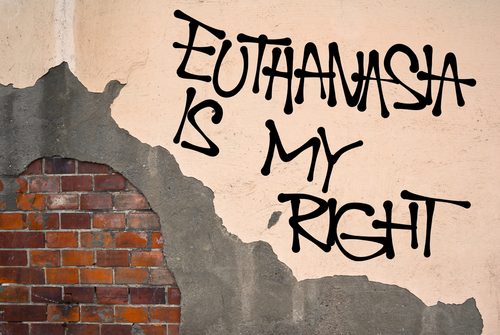 Brussels (Brussels Morning) French lawmakers are divided over the proposed legalisation of euthanasia, with those on the right of the political spectrum opposed, the centrist government not taking sides and those to the left advocating its adoption, RFI reports.

If the proposed regulations are adopted, France would join Belgium, Luxembourg, Spain and the Netherlands, becoming the fifth EU member state to legalise assisted suicide.

Radical Movement MP Olivier Falorni proposed the bill, saying it was vital and that the issue must be addressed. French residents now travel to Belgium or Switzerland for euthanasia, he maintained, while doctors in France secretly perform up to 4,000 assisted suicides each year.

According to current regulations in France, doctors may provide deep sedation to terminally ill patients, but they may not help them to commit suicide.

While most MPs in President Emmanuel Macron’s LREM party favour the proposed legalisation, the government itself has not taken a stance.

MPs who oppose the bill have proposed some 3,000 amendments to slow down the proceedings, with the Republicans having tabled some 2,300 alone.

Falorni said the proposed amendments amounted to obstruction, while MP Matthieu Orphelin noted they would prevent the vote.

MP Jean Leonetti rejected the concept of euthanasia as “a major transgression”, comparing it to murder.

Some MPs support or oppose legalisation of euthanasia based on religious or ethical grounds, while others argue there is need for a broad discussion on so important an issue and that devoting one day to proceedings is not enough.

The Catholic Church in France strongly opposes euthanasia and the legalisation. Archbishop of Paris Michel Aupetit insisted that “the solution when a person faces suffering is not to kill them, but ease their pain and accompany them”.

The issue entered the spotlight last year thanks to Alain Cocq, who is terminally ill and wants to commit suicide.