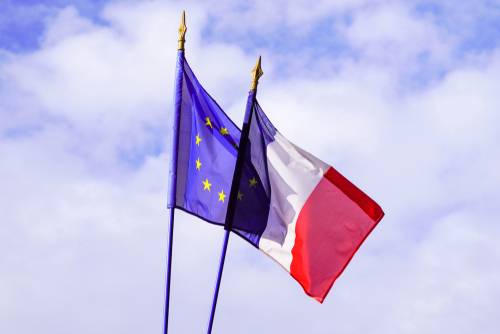 Brussels (Brussels Morning) France’s Foreign Minister Jean-Yves Le Drian called on the international community to do everything possible to avert new conflict between Israel and the Palestinians, after Israel’s launch of air strikes on Palestinian enclaves and Hamas’s firing of hundreds of missiles on Israeli cities, RFI reported.

“Everything must be done to avoid a new conflict, which would be the fourth in the last 15 years”, Le Drian told French lawmakers. “It is absolutely essential that all actors – without exception – show the greatest restraint and refrain from any provocation and any incitement to hatred to put an end to violence whose victims are chiefly Palestinian and Israeli civilians”.

France, frustrated by the US move to block a UN Security Council statement condemning the actions in Israel, took the lead in a joint statement with three other European Security Council members – Norway, Estonia and Ireland – in which the four condemned both sides for attacks on civilians.

“We condemn the firing of rockets from Gaza against civilian populations in Israel by Hamas and other militant groups which is totally unacceptable and must stop immediately”, the statement said.  “The large numbers of civilian casualties, including children, from Israeli airstrikes in Gaza, and of Israeli fatalities from rockets launched from Gaza, are both worrying and unacceptable”.

The four countries also called on Israel to cease settlement activities, demolitions and evictions, including in East Jerusalem. It was the threatened eviction of Palestinian citizens in East Jerusalem that sparked the latest wave of violence in Israel, in which more than 90 people have been killed since Monday.

Reportedly, Hamas has indiscriminately fired more than 1,600 rockets on the Israeli cities of Tel Aviv, Jerusalem and Dimona, among others. Israel has responded by organising air strikes on suspected Hamas positions within the City of Gaza, which have resulted in a number of civilian casualties. Hamas-controlled sources claim that as many as 17 children were killed in Israeli bombings.