Former RSC Anderlecht directors have to answer to the court 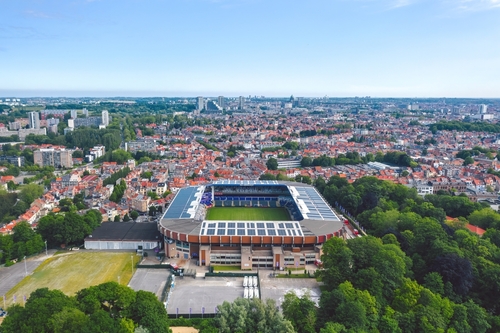 Brussels (Brussels Morning) In the ‘Clean Hands’ file, the investigation into fraud in Belgian football, the federal prosecutor’s office wants to bring two former top figures of RSC Anderlecht before the criminal court. It concerns ex-manager Herman Van Holsbeeck and former director Jo Van Biesbroeck. They are part of a group of 57 people who will have to answer for themselves in the foreseeable future. The news from various media is confirmed by the federal prosecutor.

Sources close to the investigation confirm that the group is suspected of forgery, money laundering, match-fixing, and membership of a criminal organisation.

“We can confirm that the provisional final claim in this file is ready,” said federal prosecutor Eric Van Duyse. “It is now available to the various parties and 57 people are being referred to it.” The file must now be sent to the indictment chamber for the purpose of checking the special investigative methods, after which the council chamber will have to consider the referral of the various suspects.

Both the defence and any civil parties can still request the court to conduct an additional investigation. In addition to the 57 people mentioned in the final claim, there are another 200 people who would have received black money. The federal prosecutor’s office will not prosecute them, but will transfer their files to the tax administration, the Special Tax Inspectorate.

The federal prosecutor’s office does not comment on the names mentioned in the final claim, but according to various media, in addition to Van Holsbeeck and Van Biesbroeck, there are other people from the absolute top of Belgian football. Bart Verhaeghe and Vincent Mannaert, respectively chairman and manager of Club Brugge, are mentioned, as are AA-Ghent manager Michel Louwagie, Standard chairman Bruno Venanzi, Charleroi director Mehdi Bayat, and KV Kortrijk manager Matthias Leterme. The names of ex-directors Patrick Janssens (Genk), François De Keersmaeker and Steven Martens (both football association), ex-Club coach Ivan Leko, and trainers Peter Maes, Glen De Boeck and Yannick Ferrera are also included, as are those of two former top referees, according to a report by BRUZZ.

Football agent and regretful optant Dejan Veljkovic is not being prosecuted, but his fellow agent Arnaud ‘Mogi’ Bayat is.