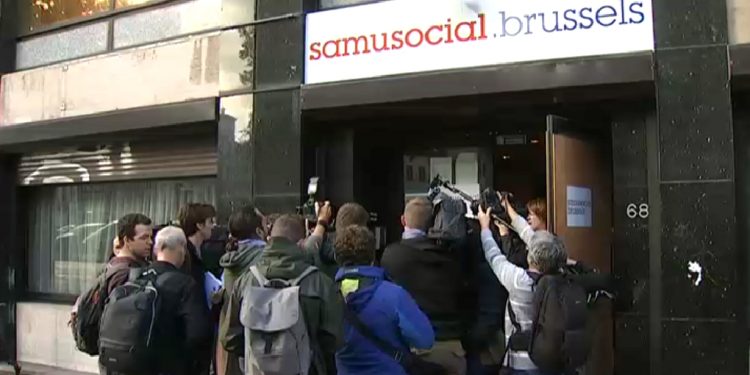 BRUSSELS (Brussels Morning) – A family from Ukraine, the first to arrive in Brussels, a couple along with their three children, has called the organisation for the homeless, Samusocial, to ask for help and shelter. Since the new centre for families in Auderghem is almost full, it was managed to find a place for them. Samusocial is now awaiting further decisions from the authorities on its role in hosting the people from Ukraine.

The family can stay in Auderghem until they are offered longer term housing options by the centre. In addition to this, Samusocial also received several requests for shelter from single men from Ukraine.

They are not yet admitted because the available capacity for single men has saturated. Samusocial has also recently had to refuse eight families. In addition, several phone calls came in from people who are concerned about their relatives. Those people who are on their way to Brussels and for those for whom a solution still needs to be found.

“We are now waiting for the federal government to provide accommodation to meet the requests of the refugees arriving in Brussels from Ukraine,” said Fabienne de Leval, operational director of Samusocial.

Meanwhile, the Ukrainian embassy has not been idle either. On their website, there is a map with the details of dozens of Brussels residents who want to open their doors to the Ukrainians. The people behind the Promote Ukraine platform have also put together a team of volunteers to match the supply with demand.

Ultimately, it is the intention that the federal Crisis Centre will coordinate the applications in collaboration with the municipalities. It is therefore best for potential host families to register there soon. At the moment, not all municipalities have created a link on their website.