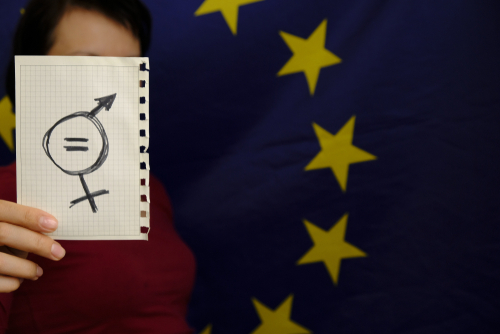 The Conference on the Future of Europe shouldn’t degenerate into political theatre but instead, politicians should listen and give a voice to citizens, writes Iratxe García Perez MEP.

Brussels (Brussels Morning) The Conference on the Future of Europe shouldn’t degenerate into political theatre. Instead, politicians need to listen and give a voice to citizens.

If the COVID-19 outbreak has taught us anything, it’s that preparedness for crises is crucial to save lives. In order to be better prepared, we need to have a discussion about the future of the EU. And not just among politicians. This is where the Conference on the Future of Europe comes in, which had been proposed already before the pandemic because, even back then, it was necessary to update our common vision and to speed up decision-making in our Union of 27 member states.

Now, the time has come to get out of the ‘Brussels bubble’, listen to people and advance towards a feminist Europe. We need a new concept of power, a new approach to representative democracy and a new mindset in the EU institutions. This transformation should also be reflected in the institutional architecture. We must ensure that the Conference plenary does not just become a political theatre for EU politicians to debate among themselves. Instead, it needs to be a forum to give a voice to citizens.

This is why I insisted that all seven political groups in the European Parliament must be represented on the Conference’s Executive Board, to ensure that the widest spectrum of opinions are heard. And this is also why the European Parliament, as the body directly elected by European citizens, should be leading this democratic process.

To instil an innovative approach into the Conference, I take three lessons from the COVID-19 crisis.

Firstly, there is a discrepancy between citizens’ high expectations and what the EU can actually deliver. The fact that citizens have such high expectations is good news for those of us who believe that co-operating to solve our problems will benefit everyone, as opposed to going it alone on collective issues. However, it also reveals that, as politicians, we may have been focusing our efforts on the wrong policy areas, or that we have not been able to put in place the mechanisms to deliver on our priorities – as Europe’s citizens expect us to. That should be the first task of the Conference: identifying what our citizens’ priorities are, what they think the EU should be delivering on and where it should allocate its resources.

It means that we should set aside our own agendas and listen. The Socialists and Democrats have pushed for establishing Citizens’ Panels with a constant feedback system to inform the institutional plenary of the Conference. The pandemic has provided us with new tools to connect online. Nothing can replace human encounters, but new technologies and the fact that we have become used to virtual interaction should facilitate innovative ways to ensure citizens can participate in a meaningful way.

Democracy will only be deepened through this conference if we involve those usually excluded from the public debate, due to age, gender, ethnicity, immigrant background, socio-economic status, their remote locations or their lack of knowledge of foreign languages. Our debate cannot be limited to the cosmopolitan elites or capitals. We must also give a prominent role to young people. This is why the Socialists and Democrats insisted that one third of the selected participants should be under 25, because they must be the protagonists in deciding their own future.

A true exercise in democracy demands openness to institutional change. The EU has been talking about a Citizens’ Europe for many years, but this Conference must actually deliver on it. Yet, this is not an easy task: the difficulties in agreeing on the institutional architecture held up the start of the process for over a year. Now that we are back on track, I am shocked to find myself to be the only woman representing the European Parliament on the Executive Board. But there is an underlying reason for this: some of the dominant players fear losing power.

It is why Socialists and Democrats want to lead a transition to a new way of doing politics, a feminist approach to power as shared responsibility and co-ownership.

True power is not about strength, but enabling others to take responsibility, to fully develop their skills as an asset for society. Power is not about control or domination, it’s about participation and representation. We represent voters, and, therefore, we should put aside the hierarchical approach and embrace a more direct, horizontal perspective. It’s not about imposing one’s vision, but about inspiring and creating dynamics in which citizens are empowered.

The second lesson I draw from the pandemic is the need for progressive policies. We left the political arena to neoliberals and free-marketeers for far too long. But now suddenly everyone must admit that the market will not solve everything. Just take the lack of strategic autonomy to produce vaccines, investment in our public health services and professionals in the health sector or the precarious conditions for so many essential workers.

The market does not reward sectors that are critical for the well-being of our society and occasional applause is just not enough. The market does not contribute to a cohesive and fair society but increases social division. So, it’s time to build our European Pillar of Social Rights. Europe’s citizens demand it – and only our political family has the experience, the vision and the leadership to advance that fight. And here we need everyone on board, all our partners and all progressive voices in society.

The third lesson is about the existing divides between west and east, north and south. There are many unspoken perceptions of superiority and inferiority that have been exposed once more during this crisis. Some Europeans feel like second-class citizens because their voices are not heard, because they never see themselves represented in the top posts of their institutions, because they feel patronised by the big countries or the ‘old’ European member states.

It’s time to address this gap openly, to be sincere and to overcome it. This is part of a necessary change of mind-set: there are no more old and new members. We are all co-owners of the project. This also means going to the regional level, far from the capitals, going to Europe’s peripheries and to all neighbourhoods, to hear the diversity of voices.

A feminist approach to power avoids competition and encourages co-operation, which also applies to governance. Therefore, the Socialists and Democrats have insisted throughout the process that we closely involve national parliaments and all levels of administration. City halls and local governments have a crucial role because they are closest to citizens and where policies are actually implemented: health, education, housing, public transport and policies to support the ecological transition. That is where we first experience the sense of community and we learn to live together in diversity.

We should not be afraid to be flexible and to have an open-ended discussion. That includes the finishing date for the Conference. Before we can say when the process should come to a close, we first have to see the dynamic it creates among citizens. If we succeed in engaging all voices, we should take advantage and run the Conference until 2023 to draw our conclusions.

Victor Hugo, a great European, said “the future is for the brave”, so let’s dare to change.

A version of this article was originally published by IPS.