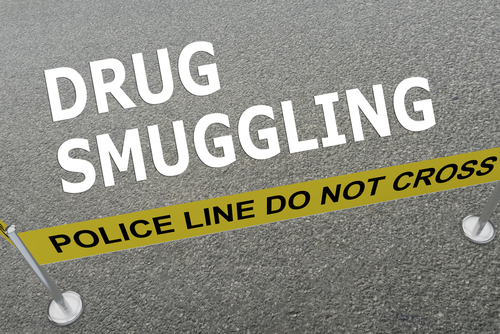 Athens (Brussels Morning). During the Covid-19 pandemic, the world witnessed a rise in drugs consumption, as a way to escape depression and to relax from the social isolation measures that had been globally imposed. In Europe, drug syndicates had to adapt to the new situation, by going online, offering home delivery services, and maximising the use of social media.

On an international level, the European syndicates relied more on smuggling via intermodal containers and commercial supply chains and less on the use of human couriers. The drug business changed and the opportunities were numerous, as the continent became more open to the Gulf States.

“You follow drugs, you get drug addicts and drug dealers. But you start to follow the money, and you don’t know where it’s gonna take you.” This quote from “The Wire”, the much-vaunted American crime drama television series that thrived during the 2000s, aptly sums up the emerging situation.

Europe has been a final destination for drug containers from Latin America for decades now and there are already well-established networks originating from Italy, Belgium, France, Spain, and Greece. Dubai has become a business and luxury tourism destination in recent decades. Alongside the tourists from Europe, came the drugs, or at least the drug lords.

Raffaele Imperiale had long-suspected links with the drugs trade and art theft. According to the Italian authorities, Imperiale is a leading member of the Amato-Pagano gang of the Camorra operating in the Naples region. He was behind the trafficking of Latin American cocaine to Europe and subsequently to Dubai, where he was arrested.

Imperiale appeared to be untouchable outside Europe, where he spent most of his time and seemed to be flourishing. He began by smuggling drugs into the Netherlands, and then to Dubai. The Italian Security Forces also found in his possession two Van Gogh paintings that he probably used as collateral in the underworld for the purchase of drugs.

According to Italian authorities, Imperiale was living in luxury in Dubai, spending 400,000 euro a month to maintain his lavish lifestyle. He had established a meeting base in the Burj Al Arab hotel in Dubai with Ridouan Taghi (Dutch criminal), Daniel Kinahan (Irish gang-boss), and Edin Gačanin (Bosnian cartel lord).

The alliance the four of them formed was considered to be one of the world’s 50 largest drug cartels. They had a virtual monopoly on Peruvian cocaine and were able to control around a third of the cocaine trade in Europe.

In October, an Israeli man was arrested in Dubai smuggling half a ton of cocaine. His network planned to circulate as many drugs as possible on the local market and then to bring drugs to Israel. The fact that Dubai has become not only a final distribution centre but also transit point, should worry the European Anti-Narcotics departments.

Two men who fled Australia six years ago were extradited from Dubai in September, accused of being part of an international syndicate.  The network had imported tonnes of drugs into Australia with an estimated street value of 150 million dollars.

Last year, Europol carried out a numerous arrests —  45 in total — of individuals from Brazil (38), Belgium (4), Spain (1), and the UAE (2).  The two men who were extradited have kept a low profile regarding other individuals who had in their possession millions of euro. There is a strong indication that Dubai is also being used by some criminals as a safe haven, a place where they can lie low for some years.

Ten years ago, Dubai was a transit point between Middle East, South Asian, and South African drug trafficking networks. Within a matter of years, the “opening” of the city to the European market resulted in a mass movement of drugs from Latin America, through Europe to the Emirate.

Now, in order to tackle the phenomenon, Europol should, for operational reasons, work closely with the UAE Anti-Narcotics department. Joint actions need to be encouraged in order to increase the capabilities of EU organisations and offices while also developing independent investigations, within the continent, to cut off the route of the latest “drug caravan”.