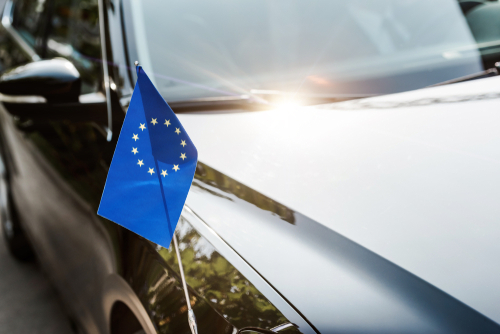 Brussels (Brussels Morning) This week, the European Commission’s agenda features announcements about the new EU space agency, digitalisation and how to adapt to the transition, plus a variety of initiatives from the European Green Deal, an update on the upcoming G7 meeting and the state of the EU economy.

On Monday, Internal Market Commissioner Thierry Breton presides at the launch of the new European Union Agency for the Space Programme (EUSPA). The new space agency builds on the legacy of the European GNSS Agency (GSA), which it has replaced.

Under the new space regimen, EUSPA’s mandate includes the promotion of the Galileo and EGNOS, navigation satellite-based systems, but with increased responsibilities that include service provision and operational security. EUSPA’s Director-General, Rodrigo da Costa, was elected in October 2020, when it was still the GSA.

On Tuesday, Jobs and Social Affairs Commissioner Nicolas Schmit discusses digitalisation and automation during an online event on the future of work, organised by Bruegel. Schmit will also address special event hosted by the Bavarian Industry Association, which focuses on qualifications and how to best prepare employees for change.

The same day, Commissioner Breton will address issues related to the consumer perspective and how the transition to digitalisation should unfold when he participates at an event organised by the European Consumer Organisation.

The EU agenda for global forests is on the agenda for Wednesday, when Commissioner Virginijus Sinkevičius presents a series of initiatives linked to the European Green Deal designed to increase and preserve forest areas in the EU.

On Thursday, Frans Timmermans addresses the Global Solutions Summit, where he will discuss global green deal potentials and challenges deal during a Q&A session.  On the same day, at an online event, Commissioner Gabriel will discuss opportunities for revamping the circular economy in the context of a renewed vision for the New European Bauhaus.

Sustainable aquaculture production and consumption in the EU also feature on the Commission’s agenda at a high-level event on Thursday, when Environment, Oceans and Fisheries Commissioner Virginijus Sinkevičius discusses the recently announced Blue Economy measures, especially those that relate to blue farming.

Thursday also sees Sinkevičius address the first European Green Infrastructure Day, where the focus will be on how to tap into the multiple benefits of urban green infrastructure, and how they can pay off in terms of green economic recovery and EU climate goals.

Again on Thursday, Economy and Finance Commissioner Paolo Gentiloni participates in the World Economic Forum Strategy Dialogue on the European economic recovery. On May 11, the Commission issued its Spring 2021 Economic Forecast report, projecting that the EU economy would grow by 4.2% in 2021 and 4.4% in 2022, in both instances, higher than previous estimates, a sign that the bloc is regaining confidence amid a faster COVID-19 vaccine rollout.

Gentiloni will also take part in the Institute of International Finance European Summit 2021 on Thursday, when critical issues facing Europe and the financial services industry, including the race to crypto currencies and its implications, will be reviewed and discussed.

Finally, on Friday, Commissioner Gentiloni participates in the virtual meeting of the G7 Finance Ministers and Central Bank Governors, an opportunity to pave the way for the G7 physical meeting on 4-5 June, at Lancaster House, in London.