by Agota Revesz
in Our pick 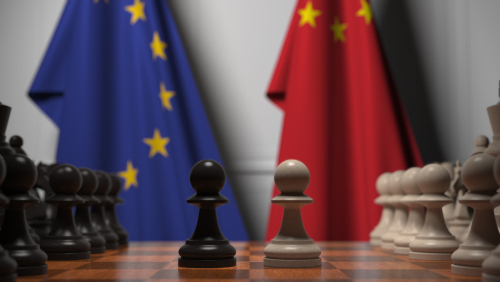 The question is not whether we will work with China but how. German academia is  debating the question as the context of the Euro-Altantic partnership is evolving.

Berlin (Brussels Morning) What is China for us? We seem to be torn between acclaim over its great achievements and the growing uncertainty, fear and frustration concerning its recent rise. Europe was long hoping that China would easily acommodate to the post-Cold-War international order, but that apparently is not happening. After decades of rapid globalization we are facing tendencies of decoupling and the shaping of an increasingly bipolar world – at a moment in time when the need for joint action is bigger than ever before.

Waking up to superpower

We are living in an age of paradigm shift, which seems to be accelerated by Covid. An aspect of this huge change is that China is now rapidly overtaking Western societies in terms of technical development and is demanding space for itself at all levels. A China, which is also a „systemic rival” – or at least „systemic competitor” – to Western liberal democracies. What makes things harder is that China’s rise has caught us unprepared. We didn’t notice or didn’t want to notice that China is heading in a different direction: it doesn’t want to repeat the Western experience, but walks an autonomous path.

What are we to do? Our answer at the China Center of the Technische Universität Berlin is: first of all we need to know China better.

People tend to fear what they don’t know, but fear and frustration are bad advisers. So we need China competence in all spheres of life to have a grounded view of China and make informed decisions. It also means we have to move beyond talking about China: we have to talk with China. This is the starting point of the public discussion series we have organized on EU-China relations with European and Chinese speakers: “EU-China Relations in Post-Corona Times”. As it turned out, that the title was wishful thinking, as we chose it last September.

By presenting the concluding event on „EU-China and Green Global Governance” the China Center TUB sees itself as facilitator and wishes to offer a platform for public discussion and debate. The whole series was focusing on two basic topics: US-China decoupling and the effects of Covid on international relations. This time we will be looking into these in the frame of climate and environment, and there is a lot to talk about.

The USA seems to be reclaiming its leading international role and the Biden presidency rejoined the Paris agreement. However, the US-China rivalry will most probably continue and EU-China cooperation will be placed in this context. Although the competition for technological superiority – not least on environmental policy – might speed up the transition to a green global economy, it is very unlikely that we could avoid close cooperation with China in policymaking: it is not a question of if, but rather of how.

It is hard to say whether global powers will finally give way to reason and lay the foundations for effective global governance structures that can prevent us from descenting to an environmental catastrophe. The planetary challenge is enormous and it demands global answers. The bipolar world that we are drifting towards is unsustainable. On a more optimistic note, the need to rebuild our economies might actually offer us a window for more substantial changes. This might also be a chance for the EU to act as a „normative power”, and approach the prospect of cooperation with China with clear objectives, working for rational and manageable solutions.

For our part, we wish to catalyse this discussion, with a series of panel discussions, beginning today, Monday March 1st.