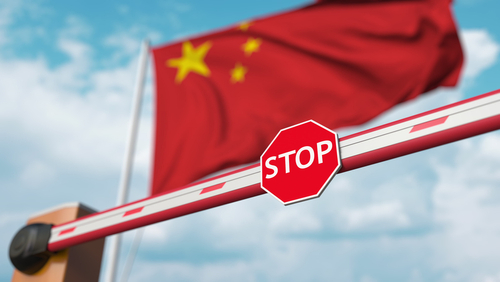 Brussels (Brussels Morning) The EU and the UK have imposed sanctions against China over human rights violations in Xinjiang Province, Reuters reported on Monday.

This is the first time that the EU has imposed significant sanctions against China. In 1989, before the EU was formed, European countries did sanction Beijing following the Tiananmen Square Massacre.

The EU has accused Chen Mingguo, Director of the Xinjiang Public Security Bureau, of “arbitrary detentions and degrading treatment inflicted upon Uighurs and people from other Muslim ethnic minorities, as well as systematic violations of their freedom of religion or belief”.

Unlike the US, the EU did not impose sanctions against e top Xinjiang official, Chen Quanguo.

The UN has stated more than one million Uighurs are detained in camps in Xinjiang, while some Western countries and activists have accused Beijing of torture as well as forced labour and sterilisation.

Beijing denies the accusations, asserting that it is not violating human rights in Xinjiang, claiming instead that the detention camps are actually vocational training camps and that they are necessary in the fight against extremism.

After China announced the sanctions, the Netherlands summoned the Chinese Ambassador Xu Hong.

The UK mirrored the EU’s sanctions against Chinese officials and bodies on Monday, denouncing torture, forced labour and sterilisations against Uighurs which it claimed are being carried out on an “industrial scale.”

Dominic Raab, UK Secretary of State for Foreign, Commonwealth and Development Affairs, stressed “the evidence of widespread human rights abuses in Xinjiang cannot be ignored”.China’s charge d’affaires in London Yang Xiaoguang, commenting on the sanctions, noted: “I feel disappointed, and I’m strongly opposed to this move, because this is a totally wrong decision”.