EU no longer agrees on membership perspective for Western Balkans 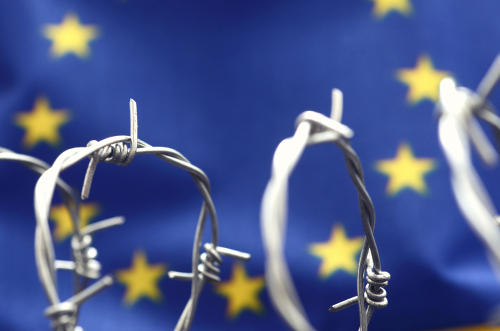 Brussels (Brussels Morning) EU member states can no longer reach consensus on guaranteeing future EU accession to Western Balkans’ countries, with a number of states opposing the commitment to enlargement for fear of a political backlash.

The EU enlargement process has been largely on the backburner in recent years, with the six Western Balkans countries – Albania, Bosnia-Herzegovina, Kosovo, North Macedonia, Montenegro and Serbia – all facing a number of issues that have halted or slowed down their respective accession paths.

Despite these setbacks, the EU has so far agreed in general that there is no alternative to eventual membership for the six countries. Now, that position seems to have changed. Member states, reportedly, have been unable to agree on a joint declaration ahead of the EU-Western Balkans summit scheduled for 6 October this year.

Citing four EU diplomats and an internal document, Reuters claims that member states have reached an impasse over pledging the Union’s support for the “European perspective of the Western Balkans”.

The draft declaration is said to have gone through two rounds of revisions, with no consensus in sight. While no EU state has openly stated its position, Denmark, France and the Netherlands have been the most vocal opponents of future enlargement, soured by the rushed accession of Romania and Bulgaria in 2007.

Meanwhile, Northern Macedonia faces a blockade from Bulgaria over a language dispute, its accession aspirations having been blocked by Greece for years because of the country’s name. Albania, on the other hand, suffers as a collateral victim because its accession process is tied to that of North Macedonia.

Experts warn that the stoppages and delays are hurting the EU’s credibility in the region. The countries of the Western Balkans are encouraged to implement political and economic reforms with the promise of eventual accession once they meet the necessary criteria. However, the lack of accession progress is removing their incentive to implement the required reforms.