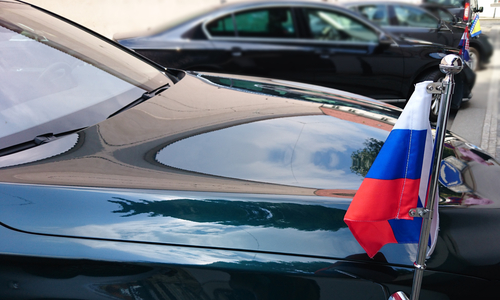 This brings the total to more than 120 Russian diplomats expelled from the EU in the last two days, according to France24 reporting on Tuesday.

He added that the Ministry summoned Russian Ambassador Sergey Razov earlier on Tuesday to inform him of the decision to declare the diplomats as personae non grata.

The Danish government announced it was expelling 15 Russian diplomats, accusing them of spying and condemning “Russia’s brutality against Ukrainian civilians in Bucha.”

Danish Minister of Foreign Affairs Jeppe Kofod pointed out that the government will maintain diplomatic contact with Moscow, stressing that “the Russian Ambassador and the rest of the embassy in Copenhagen are therefore not included in the expulsion.”

Russian authorities reject the accusations, stressing that Russian forces did not kill civilians in the Kiev region and accusing Ukraine of staging war crimes.

Ann Linde, Swedish Minister of Foreign Affairs, noted that “the Foreign Ministry has decided to expel three Russian diplomats who are not working in Sweden in concordance with the Vienna convention on diplomatic relations.”

Lithuania announced on Monday that it would expel the Russian Ambassador over the “horrific massacre in Bucha.”

According to the AFP, the EU expelled more than 230 Russian diplomats since the start of the war in Ukraine.

Commenting on the expulsions on Tuesday, Russian Deputy Minister of Foreign Affairs Alexander Grushko described the move as “a pre-coordinated campaign” and noted that Russia “will of course take retaliatory measures.”The EU has proposed to send investigators to Ukraine to gather evidence of war crimes and the US has called for “a war crimes trial.”