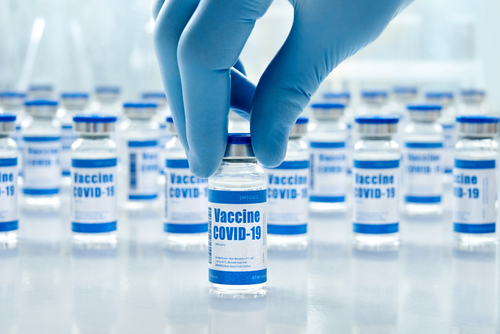 Brussels (Brussels Morning) Leaked internal EU figures show the bloc has exported a total of 34 million vaccine doses to 31 countries around the world, at least 8 million of which were sent to the UK. The leak comes amidst the latest EU-UK row over vaccine exports, at a time when member states are still trying to catch up with the UK and the US in their vaccination drives.

On Tuesday, European Council president Charles Michel accused the UK of imposing a ban on vaccine exports, a charge that prompted a swift response by the British government, which denied that any such ban was in place. While a European Commission spokesman conceded on Wednesday that there was no official ban in effect, Michel maintained that there are “different ways of imposing bans or restrictions”.

Michel’s refuted assertions followed allegations by the UK that it was the EU which was hoarding its vaccine supplies, citing the export block on Australia as evidence. The leaked export figures exonerate Michel somewhat, since they show that the bloc is among the leading global exporters of vaccines.

By end February, the EU had delivered 8.1 million doses to the UK, 3 million to Canada, 2.7 million to Japan, 2.5 million to Mexico, and 1 million to Saudi Arabia. Other countries, including Chile, Singapore, Malaysia, Australia and the US had received more than half-a-million doses each, the euobserver reported.

While most of the exports were of the Pfizer/BioNTech vaccine, a lot of the does sent to the UK consisted of the AstraZeneca vaccine, the company having given priority to its contract with the UK, which had been signed prior to the delivery contract negotiated with the EU. A clause in the UK contract also stipulated the company would deliver its UK production to the UK first, exporting only after its quotas were met.

In essence, the difference between AstraZeneca’s UK and EU contracts meant that the company would have to fulfill the UK contract first, if necessary by sending its EU production to Britain, before fulfilling its “best effort” clause for the EU.

Aware of the issue, Michel called on the UK to be more transparent and release its vaccine export figures – assuming that the UK is keeping all of its domestic production for its own purposes despite there being no official ban in place. “How many doses did they export,” Michel asked in an interview with Politico on Wednesday. “This is a very simple question.”

The political pressure on EU politicians is high, as the bloc is lagging behind in its vaccination drive. With the exception of Malta (15.5%) and Denmark (9.3%), most EU countries have vaccinated between 6 and 9% of their populations. Some, like Latvia (3.4%), Bulgaria (3.8%) and Croatia (4.8%) have lagged far behind.