EU continues to struggle with the COVID-19 contact tracing app

by Willem Jonker
in Opinion 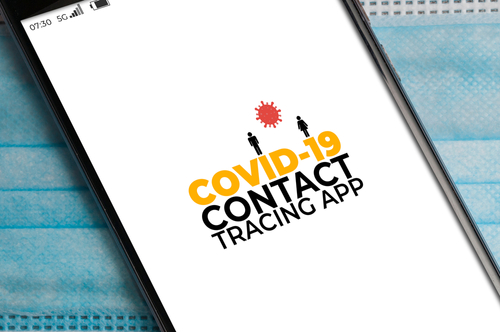 With little sight of an end to lockdown in the foreseeable future, automated contact tracing could play a role in reopening Europe, argues Willem Jonker.

Amsterdam (Brussels Morning) Last spring, the EU digital industry took stock of European efforts to better track COVID-19 contagion with the help of smartphone apps. This was then a tool to gather more quality data on the pandemic, but the use of smartphone applications remained limited due to Europe’s fragmented country-by-country approach.

Eight months later, the struggle continues, despite the progress made.

The use of tracing apps could still be scaled up, as there was an expectation for greater uptake among smartphone users. Then again, the high numbers of corona infections have lately made large-scale contact tracing in most European countries almost impossible. As COVID-19 vaccination campaigns have picked up, the focus has shifted from technical solutions for tracking and tracing to the roll-out of vaccination programmes.

However, the high hopes set for the vaccination programmes should not lead decision-makers to once again shift the focus towards one single solution for dealing with the pandemic. It will take time to reach a critical mass of vaccinated citizens and the vaccines have yet to prove to what extent they protect us from infection and from being infectious. There is still a need for both testing and tracing to allow for a fast and safe recovery of our societies and economies. Large-scale testing and contact tracing require automated support.

Following the example of Asian forerunners like Singapore and South Korea, several European countries like Austria, Iceland, Hungary and Latvia launched and deployed contract tracing apps already in the spring and early summer of 2020. Others followed soon thereafter, leading to a scattered approach to a problem that respects no national borders. Coordination at the European level started only afterwards, with a focus on trying to create interoperability rather than getting to a unified approach. Two consortia of researchers, dominated by European players, worked in parallel on centralised (PEPP-PT/PEPP) and decentralised (DP-3T) protocols to run the tracing apps. Unfortunately, EU countries could not agree on a single path, which turned out to hinder interoperability at a later stage.

At the same time, in the US, an unprecedented collaboration between the tech giants Apple and Google in May 2020 gave rise to a joint framework and protocol specification for contact tracing (GAEN). Given the global dominance of Google Android and Apple iOS operating systems on the mobile phone market, it was inevitable that (almost) all contact tracing apps would eventually build on GAEN or reconfigured to be compatible with this protocol.

To overcome EU member state fragmentation, the European Commission launched in September an interoperability gateway service, linking national apps across the EU. Unfortunately, however, as of today and almost four months after it became operational, only 11 of the 27 Member States have registered with the service.

The difference of approach on both sides of the Atlantic is emblematic of the situation in the wider digital domain: a fragmented Europe with complex decision making facing US big tech giants operating fast and in a concerted manner. On the road to digital sovereignty, Europe should draw lessons from the struggle with COVID contact tracing apps.

Contrary to early predictions that up to 85% of potential users would download contact-tracing apps, worldwide download rates have so far been much lower. In Germany, it has been around 21%, in Italy 14%, in France the initial contact tracing app StopCovid reached only 3%, while the new version TousAntiCovid stands at 15%. With about 40%, Iceland and early mover Singapore have the highest download rates to date.

And let us not forget that downloading the app is not the same as using it or responding to warnings to self-isolate if the app tells you that you have been in contact with an infected person. In France, for example, it is reported that so far only 14,000 contact notifications have been sent by the system.

Latest research claims that contact tracing apps have a protective effect at levels even lower than the often cited 60% benchmark, but experts agree that the effectiveness grows significantly after a critical mass uses the app.

Cause for concern among consumers

There are several reasons why contact tracing apps have not delivered what was expected of them. Despite developers and authorities claiming that the users’ privacy would be guaranteed, and even in cases where data protection activists rubber stamped corona apps as protecting privacy, concerns prevailed and the uptake was not satisfactory.

From the outset, the idea of contact tracing focused almost exclusively on fast deployment via mobile phones. Everyone has a smart phone – smart phones have Bluetooth – so let’s go for apps, using Bluetooth technology! The essential aspects of privacy and ease-of-use were downplayed.

Inadequate integration in the overall pandemic response approach resulted in authorities failing to ensure that tracing apps were well embedded in existing digital ecosystems. As we noted last spring, medical experts have to ensure that the app is integrated in a meaningful way into the overall virus containment approach. It is not helpful to have an app if not enough testing facilities are in place, or if these are not easily accessible.

Technical experts worked to assure that the digital technology delivers on functionality, security, privacy, connectivity, acceptable error rates and usability. Social and ethics experts must ensure citizens’ acceptance of the technology to guarantee widespread uptake, and develop a usage policy that defines how, where, when, and by whom the app and the data it collects will be used and under which conditions. Legal experts have to provide a regulatory and legal framework that accompanies the app deployment and ensures that the usage policy can be enforced.

Contact tracing based on smartphones has unfortunately failed to deliver on its promise.

Yet done in a different way, automated contact tracing is an essential instrument in the combination of early detection, testing, tracing, targeted quarantine, and lockdowns. The lessons learnt from tracing apps’ failure should be that privacy concerns come first, second and third; coupled with a system that is easy to use, reliable and focused.

In parallel to developing apps for smartphones, a token could be used, similar to the technology deployed in Singapore to trace COVID-19 infections.

Physical tokens only require minimal functionality for contact tracing which has, for this specific purpose, advantages over smartphone apps. As the tokens are known to be cheap and consume only little energy, they are well suited for simple functions such as controls on persons allowed to enter buildings or joining events. In response to an EIT Digital call for tracing token technology, four pilot programs were tested across Europe to test COVID-19 tracing applications with physical tokens in real-life settings.

EIT Digital partners in the Nordics, Benelux, Italy and the UK piloted different token solutions to commercialize and deploy their products. These tokens are built in Europe, operate on European software, and operate across all mobile digital platforms, including non-European. This is a tangible contribution to achieve a European policy of digital sovereignty!

The technology of tracing tokens could be targeted for use to open schools, workplaces and events, expediting our return to a thriving economy and an open society.