Energy efficiency in buildings: the Italian Super-bonus 110% is a model for all of Europe 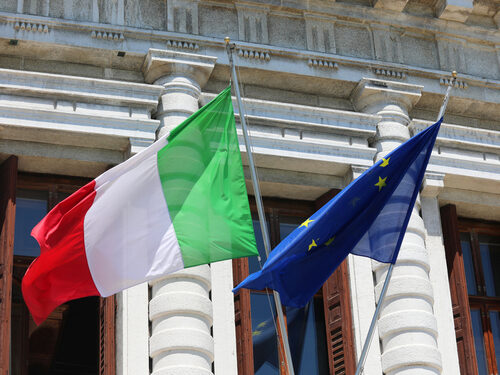 Belgium, (Brussels Morning Newspaper) During the pandemic, we found out how many positive things Europe can do for its citizens. Thanks to Next Generation EU (NGEU), we saved our economy and paved the way for recovery. Then, with the SURE instrument, we mobilized significant financial means in support of unemployed people and temporary workers. It has not been easy, it is true: many European leaders were skeptical about the measures to undertake, but solidarity and unity ultimately prevailed. Today, thanks to the same European unity, Putin has not obtained what he wished for in Ukraine. Although that is good, we need to remind ourselves that we have not obtained what we strongly wish for either, that is, peace.

More than two months after the beginning of this conflict, it is now time to use the strength of diplomacy and save the Ukrainian people from more suffering and death. Ukraine’s right to defense is sacred, but let’s not forget that our final aim must be peace. Moreover, at the same time, let’s treasure these difficult months and concretely begin to work for energy independence from Russian gas and oil. Let’s fight this energy pandemic with the same tools we used during Covid. Let’s repeat the success of the Recovery Fund and approve an Energy Recovery Fund: this is the proposal of the 5 Star Movement to accelerate the development of renewable resources to the utmost.

The sun is our gas and the wind is our oil, but not every state has the financial leverage to activate the necessary investments. We need Europe’s firepower and so we ask you to insist during the next European Council since our credibility is at stake. We invite the European leaders to make the Super bonus 110% a European success, which the European Commission has openly praised. It is outrageous that oil giants accumulate enormous profits, while one of every seven Italian citizens cannot pay the electricity and gas bills because it is unaffordable for them.

The rampant inflation takes spending power away from the families and, while this happens, our salaries are stationary and then we ask why Europeans do not have children anymore. We have a problem of social equity and we have to counteract it with a European minimum wage.

Let me fairly recall that the European Parliament voted on four legislative proposals on waste, thanks also to the Five Star Movement contribution. European rules do not involve an indiscriminate use of incinerators. The EU’s North Star is called the circular economy. Let’s implement it in Italy as well!