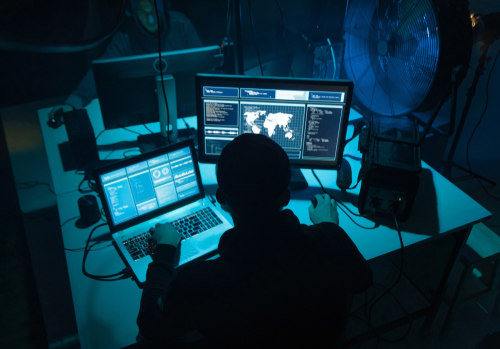 With Russia deploying some 130,000 troops near its border with Ukraine, the US and European leaders are engaging in crisis diplomacy with the Kremlin in hopes of de-escalating the situation before Moscow attempts a full-scale invasion of Ukraine. Russia’s President Vladimir Putin is refusing to withdraw his troops until NATO offers a series of security assurances to Moscow, some of which the alliance has already dismissed as impossible.

Given the tensions impacting the volatile European energy market, the ECB is also increasingly on the lookout for possible fallout from the tense standoff between Moscow and Brussels on the matter.

Citing two sources close to the ECB, Reuters reports that the central bank has been questioning some of Europe’s biggest lenders about their defenses in the event of a cyber-attack coming from Kremlin-sponsored hackers. Several banks reportedly participated in cyber war games, testing their abilities to fend off such attacks.

ECB concerns appear to be mirrored in other NATO countries as well, the New York Department of Financial Services, for one, has issued a similar warning to financial institutions in late January. The New York regulator warned lenders in its territory of possible retaliatory cyberattacks from Russia should Moscow trigger US sanctions by invading Ukraine.

Ukraine was a target for several sophisticated cyberattacks in recent years, most of which were attributed to hacking groups sponsored by or connected to the Kremlin in some way. One, the 2017 “NotPetya” cyberattack, spilled into other countries, shutting down networked systems in major industries and services.

Russia, on the other hand, dismisses accusations of engaging in cyberattacks, claiming it is ready to cooperate with the US and others to suppress cybercrime. Russian officials, in turn, accuse the West of “Russophobia”, maintaining western countries are eager to misattribute any cyber attack on Moscow.