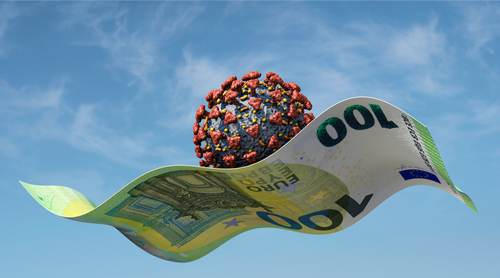 Brussels (Brussels Morning) The European Central Bank (ECB) prepared to take the first step towards slowly winding down the pandemic emergency aid stimulus on Thursday, while still signalling its intention to continue support in the coming years.

According to a pool of analysts polled by Reuters, this step could take the form of slightly cutting back its bond-buying scheme from around 80 billion euro per month to around 60 or 70 billion per month in the fourth quarter.

Another option would be to offer policymakers wider discretion over the amount of bonds they can purchase under the Pandemic Emergency Purchase Programme (PEPP), valued at 1.85 trillion euro. The policymakers could thus better adjust their purchase plans if they are unhappy with the market reaction.

The ECB finds itself under pressure to maintain a fine balance between acknowledging that the brunt of the coronavirus pandemic is now likely behind the EU countries, and the fear of the central bankers that unwinding the pandemic aid too soon could undo the effect of the past years of stimulus.

The bank’s policy, scheduled to be announced later on Thursday, will have to address both of these potential problems – announcing in some manner that the purchase scheme will end at some time, while promising to maintain some form of support into the foreseeable future, not making any significant changes to its policy direction.

Another reason for ECB’s conservative approach is that the institution will likely refrain from any dramatic policy changes before the US Federal Reserve does so, keeping a close eye on its trans-Atlantic counterpart, as its policy decisions are likely to find a response in European markets.
The policymakers are also expected to debate inflation targets, with the ECB claiming that the current 10-year peak in inflation rates is temporary and likely to subside early next year, bringing eurozone inflation back below the ECB’s stated target of 2%. Some policymakers believe the surge might prove to be longer lasting, which could force the ECB to make unplanned monetary policy adjustments.