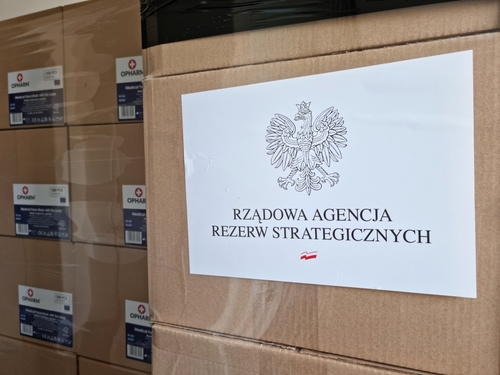 Belgium, (Brussels Morning Newspaper) The European Commission has set up a strategic medical reserve in Finland worth 242 million euros as part of the body’s stockpiling approach.

The reserve in Finland will be EC’s first chemical, biological, radiological, and nuclear (CBRN) stockpile, the Commission pointed out in a statement released on Tuesday.

The EC reminded that it previously launched reserves for different areas in other bloc members – the firefighting air fleet in Croatia, France, Greece, Italy, Spain, and Sweden and the protective medical devices and equipment stockpile in Belgium, Croatia, Denmark, Germany, Greece, Hungary, Romania, Slovenia, Sweden, and the Netherlands.

He stressed that the new reserve in Finland “will provide the EU with a significant safety net enabling a quick and coordinated response at EU level” and congratulated the bloc member for hosting the stockpile.

Stella Kyriakides, European Commissioner for Health and Food Safety, noted that the stockpile was “established in close cooperation with the Commission’s Health Emergency Preparedness and Response Authority (HERA).”

She added that the stockpile will help the EC to improve health security in the bloc and concluded “we continue building a strong European Health Union and work together to support EU actions through the Civil Protection Mechanism to prepare against health threats and respond to health emergencies.”

The Commission pointed out that the stockpile will include antidotes, field response equipment, medical devices and vaccines, among others, adding that it will improve protection and response to CBRN events.

“The goal is to strengthen CBRN expertise in Europe and ensure that capabilities and response teams are interoperable and can be deployed anywhere across the continent,” the body pointed out.

Like other rescue reserves, the one in Finland is entirely EU-financed and the EC controls its operation through bloc members that host them.

The Commission noted that it provided Ukraine with medical and CBRN aid worth more than 50 million euro since the start of the war there, adding that it mobilised rescEU medical reserves to help Kiev last week.