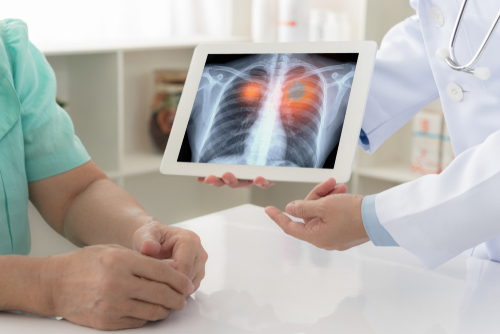 The EC stressed in a statement released on Tuesday that the proposal is aimed at improving detection and saving and prolonging lives.

Speaking at a press conference on Tuesday, Stella Kyriakides, European Commissioner for Health and Food Safety, noted that “cancer will become the leading cause of death in the EU by 2035” and stressed the importance of taking action.

She added that EU member states need a new approach to screening and reminded that “current screening recommendations were adopted in 2003,” pointing out that technology and medicine have advanced significantly in the last two decades.

“We aim to ensure that we deliver on our ambitious commitment under the cancer plan to ensure that 90% of people in the EU who qualify for breast, cervical and colorectal screenings are offered such screening by 2025,” Kyriakides announced.

Kyriakides announced plans to gradually introduce gastric, lung and prostate cancer testing, as well as to broaden breast cancer screening to women aged 45 to 74 from the current 50 to 69.

She noted that key principles behind the EC’s new recommendations are quality of screening and equal access, stressing that accessibility must be improved for vulnerable groups including disabled people and those who live in remote areas.

“To help do so, we will soon be launching a communications campaign to raise awareness among adults from disadvantaged parts of the population of the need for and benefits of cancer screening,” Kyriakides announced.

She pointed out that the EC will provide EU member states with approximately 100 million euro through Horizon Europe and EU4Health programmes to implement new recommendations, adding that the body will propose additional funding next year.

“I count on member states to adopt the recommendation in the Council by December this year and support us delivering of the ultimate ambition of Europe’s Beating Cancer Plan, to turn the tide against cancer,” she concluded.