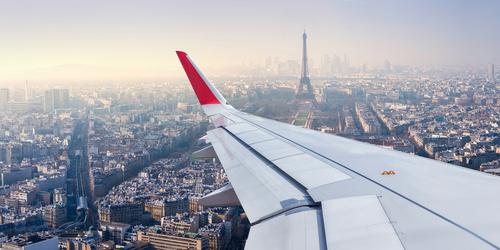 Brussels (Brussels Morning) The French government is to contribute to a 4-billion euro re-capitalisation of the national air carrier Air France-KLM, doubling its stake in the company to nearly 30%, in a bailout plan that has received the green light from the European Commission, Reuters reports.

The plan envisions conversion of a 3-billion euro loan granted last year to the ailing airline into a perpetual hybrid bond instrument, while the government will also subscribe to a 1-billion euro share issue, which will raise France’s stake in the company from the current 14.3%.

France’s Finance Minister, Bruno Le Maire, noted that the move would make France the company’s biggest single shareholder, describing the step as a “sign of commitment” to the airline and its employees.

As Le Maire previously announced, when describing the proposed deal in advance of the final details being ironed out, France also had to offer some concessions in order to ensure the EC’s approval. The French government will be required to find a “credible exit strategy” within a year and reduce its stake in the company to its original level by 2027.

Air France will also have to give up 18 of its take-off and landing slots at the Paris-Orly airport to competitors. The slots account for 4% of the airport’s portfolio, but the bailout plan limits their reallocation to other Orly-based aircraft operating with crews employed on local contracts. This shuts out Ryanair and other low-cost airlines.

The Netherlands, which to date has held a 14% stake in the company, will not take part in the capital hike, therefore likely reducing its overall stake to some 9.3%. Dutch Finance Minister Wopke Hoekstra told lawmakers on Tuesday that the dilution of the government’s stake in the company “has no consequences for the protection of public interests”.

However, Dutch officials are reportedly in separate talks with Brussels over new direct support for KLM, which is deemed likely to include a similar conversion of the state’s 1-billion euro loan into hybrid debt.