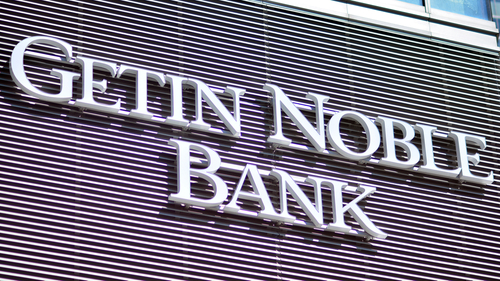 The Commission pointed out in a statement on Sunday that Polish authorities will coordinate the resolution process with the aim of enabling a wind-down or orderly sale of the bank.

The EC stressed that the plan will preserve financial stability and competition on the EU single market, adding that the bank is one of the ten largest in Poland with assets of roughly 9.2 billion euro.

“The bank has been encountering difficulties since 2016 due to low profitability, which led to the depletion of its capital,” the Commission pointed out and added “in 2018, the bank experienced a bank run, when around 2.25 billion euro were withdrawn in less than three weeks.”

The body stressed that credit and legal risks connected with loans indexed in Swiss franc further eroded the value of Getin Noble’s assets and added that recovery measures implemented in the period since 2016 proved to be inadequate.

The EC reminded that Polish Financial Supervision Authority (KNF) and National Resolution Authority (BFG) declared the bank “failing or likely to fail” at the end of last month.

The BGF then decided to put the bank into resolution, stressing that the move is in public interest and in line with EU rules.

Bridge bank to be founded

According to the resolution plan, the bank’s liabilities and assets, with the exception of equity and debt that will be written down, are to be transferred to a new bank. The EC stressed that the move will “ensure that the normal banking operations can continue.”

“Poland has committed to start an open, transparent and non-discriminatory sales process for the newly created bridge bank with the aim of finding a suitable purchaser who would ensure its long term viability,” the Commission stressed.

The body pointed out that the BFG will provide the new bank with direct aid worth roughly 1.4 billion euro through national deposit guarantee and resolution funds.

According to the EC, Poland’s plan is in line with EU rules. “In order to limit distortions of competition, Poland has committed, amongst other things, that the existence of the bridge bank will be limited in time and a prudent management will be implemented,” the body concluded.