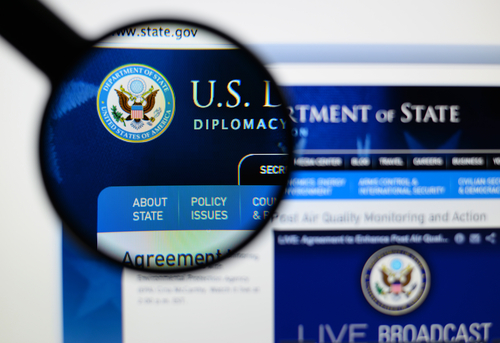 New York (Brussels Morning) It was somehow appropriate that no sooner had President Biden finished a major speech about the American departure from Afghanistan that political crises erupted in two countries much closer to home. Recent events in Cuba and Haiti are unrelated and different from each other, but they are a reminder, that regardless of the intentions of any functioning president, the US cannot ignore the rest of the world.

Cuba appears to be experiencing a people’s uprising against an authoritarian government that has been in power for more than sixty years, while Haiti has been plunged into political chaos and the possibility of becoming a failed state following the assassination of the country’s president.

A political crisis of the kinds in either of these countries could be, at least for now, safely ignored if it were occurring in a faraway, from Washington’s perspective, country – the evidence of that is that the demonstrations in Tbilisi against recent government violence have drawn little attention in the American media. However, Cuba and Haiti are too close to ignore.

Additionally, because of the large and politically active Cuban American community, particularly in the important state of Florida, events in Cuba are important for American domestic politics as well. Given this, it is not surprising that Republican Senator Marco Rubio who is Cuban American and from Florida, has been loudly calling for Biden to offer clear and strong support for the demonstrators in Cuba.

Rubio, who is perpetually the Boy Wonder of far right politics whose intellect is far surpassed by his certainty and enthusiasm, has been very critical of President Biden for not quickly and aggressively supporting the Cuban demonstrators.

The US is not going to intervene militarily in Cuba, as some on the right have already suggested, but may become involved by providing humanitarian support, facilitating the spread of information about what is happening in Cuba to the people there and through other indirect means of supporting the demonstrators. These are the kinds of non-military actions that have proved effective in supporting anti-authoritarian movements in other countries.

Haiti raises a different set of challenges for the US. The country has been teetering on the verge of collapse for years and has struggled with poverty, corruption, natural disasters and will soon confront a bevy of climate change-related problems. Some in Haiti have asked the US to intervene and help stabilise the country. This may seem, at first glance, like a reasonable idea, but the concept of an open-ended intervention, even with the right goals in mind, in an unstable country where the US would not be entirely welcome is a pretty familiar recipe for foreign policy disaster. It is easy now to say that any intervention in Haiti should be limited and finite with a clear exit plan, but as history has taught us over and over, that becomes much more difficult once the intervention has begun.

Political upheaval in both Haiti and Cuba countries will directly affect the US because it will lead to more immigrants and refugees coming to the US. Given racial tensions in the US and the extent to which questions of immigration have become politicised, this could further stabilise a US that is only a few months removed from an insurrection. While conservative Americans have generally been more open to Cuban immigrants fleeing the socialist regime there, Haitian immigrants have encountered significant racism and anti-immigrant sentiment. Beyond this question of immigration, political collapse in Haiti or instability following the fall of the authoritarian regime in Cuba could also lead to an increase in crime, cybercrime and drug trade that would create problems for the US.

Withdrawing from Afghanistan only to get embroiled in fresh conflicts in Haiti and Cuba would be both ironic and foolish. However, doing nothing in the face of the possibility of both countries descending into chaos would also create problems for the US. The sophomoric understanding of Cuba, that is best expressed by the self-righteous and reductive comments and Tweets by Marco Rubio, suggests that all the US has to do is intervene and the authoritarian regime will collapse and be replaced by a democracy. Recent, and not so recent, history shows us that it is never that simple. Any US actions in Cuba must be more strategic and grounded in reality than that.

Thus, there are two emerging crises almost within swimming distance of the US, pressure from some quarters for an aggressive response and certain repercussions for the US should these crises get worse, but also a real downside to doing nothing and seeing the emergence of perhaps two failed states so close to our shores. Turns out that regardless of what Joe Biden wants to do in Afghanistan or elsewhere, it is not so easy for the US to remain less engaged with the world.