Consultation committee: Brussels takes the lead in number of infections 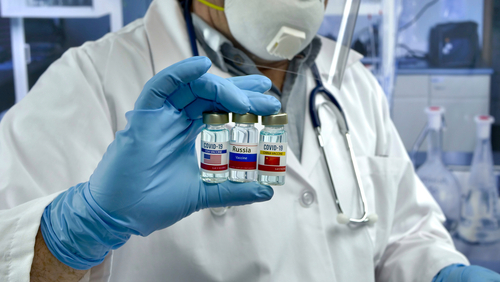 Three vials of vaccine from different countries in the hands of a doctor.

Brussels (BrusselsMorning) The omicron variant of the coronavirus is causing the corona figures to rise sharply. At the beginning of this week, Belgium even registered a record value in terms of infections. On Monday 3 January there were 27,000 and on Tuesday, it knocked between 28,000 and 29,000.

“These are values ​​that we have not seen before,” says virologist Steven Van Gucht, who gave an overview of the situation, as reported by BRUZZ, at the press conference after the Consultation Committee. “That has everything to do with the end-of-year celebrations and the omicron variant.”

80 to 90 percent of the infections are now caused by the omicron variant of the virus. Van Gucht predicts that the figures will peak in mid-January. It is still very unclear how high that will be, the estimates run from 30,000 to 125,000 infections per day at the peak.

The infections are rising sharply, especially in Brussels. “That is typical for large cities,” says Van Gucht. But the other numbers don’t look rosy either. Hospital numbers are up 60 percent in the capital. Brussels also scores worst in terms of the number of booster shots, also among the elderly (65% of them received a booster shot, the national figure is 84%). Incidentally, the number of deaths here has risen by twelve percent in the past week.

‘Omicron is not innocent’

“I think we can say that the fifth wave has started. The weekly average has increased by 82 percent in a week,” virologist Steven Van Gucht explains.

The omicron variant is more contagious, but it seems that the variant is less pathogenic. “However, that does not mean that she is less innocent,” said Prime Minister Alexander De Croo. He points out that individuals run a lower risk of becoming ill, but that the impact on society can be large, such as on healthcare and education.

No relaxation or tightening

Prime Minister De Croo also called for caution and acknowledged that we are facing a difficult period. Contacts should be limited as much as possible and it is recommended to do as many self-tests as possible. FFP2 masks were also recommended at the press conference. They protect more than fabrics or surgical masks.

All current corona measures will continue to apply, the Consultation Committee decided not to relax or tighten it.

In the field of telecommuting, you still have to telecommute at least four days a week, if your job allows it. Twenty percent of employees are allowed to be present on the work floor. Furthermore, the capacity on public transport will not be halved and no measures will be taken to limit contacts, such as contact bubbles.

As a result, politicians barely follow the advice of the GEMS expert group. He asked to make teleworking mandatory again, to reduce the pressure on public transport and to limit contacts. “We deviate slightly from what the experts have advised,” said Prime Minister Alexander De Croo.