China and the Australian Submarines

by Lincoln Mitchell
in Our pick, The American Angle 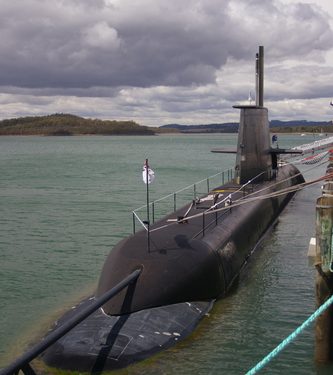 The recent contretemps between the US, Australia and the UK on one hand, and France on the other has been largely treated as a contracting dispute. We all know the basic outline of what occurred. Australia had agreed to buy 12 new submarines from France for 66 billion US dollars. This was a big contract for France and a major defence purchase for Australia, but then the deal fell through.

It wasn’t simply that the deal fell through, but rather that Australia decided to buy the submarines from the US instead — not incidentally, that they were the same kind of submarines that France had contracted to sell Australia. They were to have been diesel-electric-powered whereas the submarines the US will sell to Australia are nuclear- powered. This is not a minor detail. Additionally, the new purchase is part of a broader US-Australia-UK defence cooperation effort in the South China Sea. This cooperation does not include France, a longtime ally of all three countries.

Media coverage has been largely focused on the purchase itself, pointing out that France was not told about Australia’s decision to switch until the deal with the US was finalised, that the US sold Australia a superior product and that the contracts, the one that was carried out and the one that was scuppered, were each very important to the defence industries in their respective countries.

All of this may be true, but it misses the larger and more important point.

Australia is purchasing nuclear submarines from the US because it wants stronger defence in the face of an increasingly powerful China. Australia now becomes only the seventh country to have this kind of submarine and will be the only country, other than the UK, with which the US has shared the relevant technology. That, at least, would be the American and Australian perspective on the deal. Another way to phrase this would be that this contract ratchets up tension not just between Australia and China, but between the US and China. That, not the issue of the contracts, is the more important story here.

US relations with China

The Biden administration has continually sought to walk a fine line on China. Washington is aware that there is a level of conflict, beyond the low intensity one that has simmered for a while now, that could be very damaging for both countries as well as for much of the world beyond China and the US. However, the US remains concerned about China’s actions, its increased power and influence in many parts of the word, its support for regimes hostile to the US and its record of human rights abuses. Additionally, Biden faces pressure at home from a Republican Party which, desperate to conceal its deep complicity in the previous administration’s sketchy relationship with Moscow, seeks to reassert its hawkish credentials by accusing Biden of being soft on China — whatever that means.

Equipping a close ally with nuclear-powered submarines, vessels capable of traveling further and faster, able to stay underwater longer and with a greater weapons capacity than non-nuclear-powered submarines, is significant. It is precisely the kind of move that would make American policymakers of both parties apoplectic were China, for example, to have sold similar military equipment to a country in the western hemisphere.

President Biden’s decision to finally conclude the US war in Afghanistan was interpreted by many to mean that the US was going to pursue a very different approach to foreign policy. Biden’s comments at the United Nations General Assembly indicate that as well. “We’ve ended 20 years of conflict in Afghanistan. And as we close this period of relentless war, we’re opening a new era of relentless diplomacy”, he declared. The submarine deal with Australia suggests the exact opposite. This is certainly not lost on China. The Chinese Foreign Ministry characterized the deal as “severely damaging regional peace and stability, intensifying an arms race, and damaging international nuclear non-proliferation efforts.”

While France’s protests have framed the incident, especially in the US media, France is more or less peripheral to the real importance of the deal. Nonetheless, France’s outrage and concern was advantageous for Biden. Why? Because he has avoided having to explain the effect this decision will have had on US-China relations, and the possibility of some kind of Chinese move in response — particularly to the left and anti-interventionist wing of his party.

The US-China relationship remains the most important bilateral relationship, not just for each of these countries, but for the world. It is not an exaggeration to say that without some cooperation between these two powers, global efforts like fighting COVID and addressing climate change will be completely hamstrung. It also remains the case that there are myriad disagreements and numerous flash points, including those in the South China Sea. Navigating this relationship will be the major foreign policy test of Joe Biden’s administration. The events of the last few weeks indicate that this may not go smoothly.